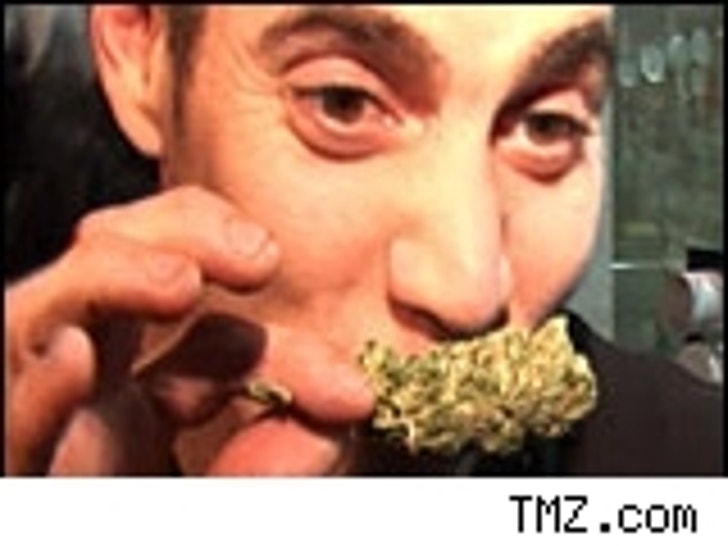 Steve-O smokes marijuana. He knows it's illegal. He's sorry if he gets cops in trouble. But he's not changing his ways any time soon.

Last night (Nov. 30), TMZ's cameras caught up with Steve-O again, where he apologized to the LAPD for getting them in trouble after TMZ cameras caught the star flashing what appeared to be a bag of pot.

The tape shows the 'Jackass' and 'Wild Boys' star pulling what appears to be marijuana out of a plastic bag, then sniffing it in front of a crowd. Steve-O then approaches the patrol car and an officer says, "We saw you." Steve-O responds, "You saw me with the weed."

After a brief exchange, the officers let Steve-O go, no questions asked.