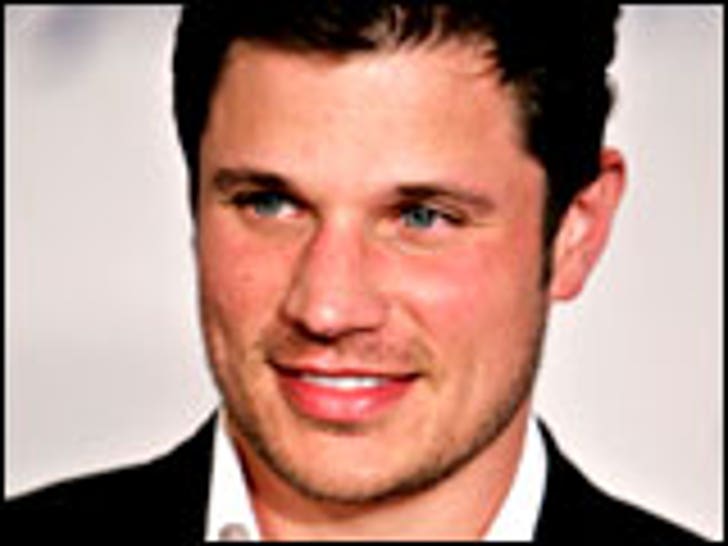 Is Nick Lachey camera shy? Apparently so. TMZ is told Nick has banned certain cameras from the set of his new TV pilot, 'He Said, She Said.'

The normally publicity-loving hunk -- who currently appears shirtless on the cover of US Weekly -- insisted that all camera phones be banned from the set. As one source put it, Nick is sick of being "tabloid fodder."

An insider on the pilot -- which is being filmed at Paramount Studios -- said Lachey was worried that someone would try and "cash in" by selling images of him to the glossies.

Lachey, who has been photographed with several beautiful women since splitting with Simpson, says in a new Rolling Stone article that he felt "sucker-punched" when his wife left him and that he would "marry her all over again."