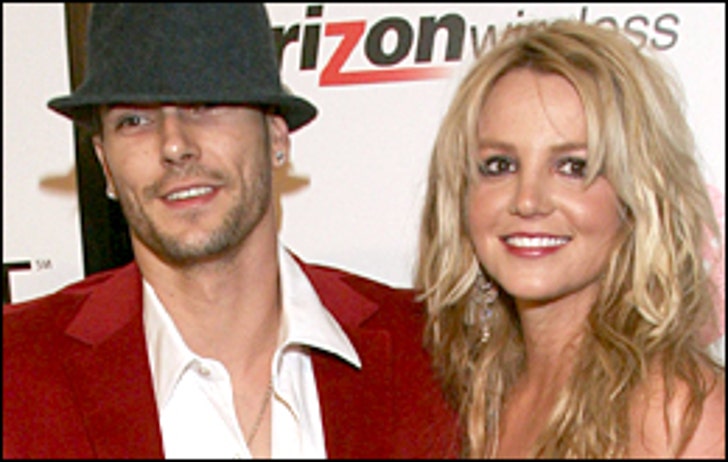 It promises be the musical event of the year, in a way. Kevin Federline is hosting a listening party this Friday at posh Las Vegas nightclub Pure (click here to see the invite). Inevitably a large contingent of K-Fed's scruffy hangers-on and his C-list music producers will be in attendance.

But in an interesting turn of supportive wifeliness, Britney Spears is planning to attend and has even gone so far as to put 11 of her own friends on the guest lists for the party, sources say.

So, Britney who reportedly scoffed at Kevin initial attempts at hip-hoppery, is now making what can only be interpreted as a public statement of support for her husband's fledgling career.