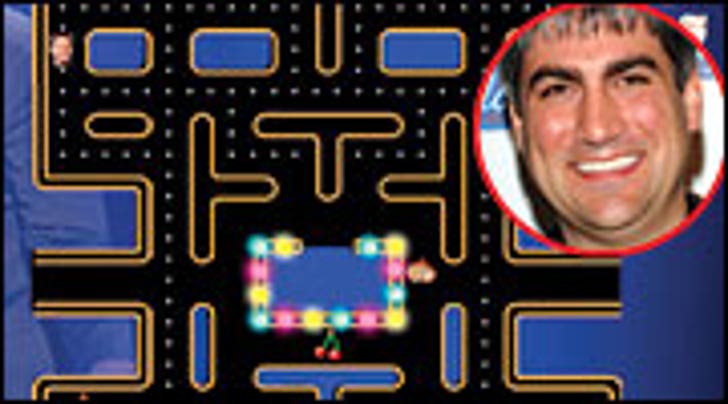 'American Idol' frontrunner Taylor Hicks now has his own version of a classic video game. Thanks to his faithful Soul Patrol fans, you can now play 'Taylor Hicks PacMan.'

One member of Taylor's Soul Patrol has designed a unique version of the vintage chomper game, in which Taylor is featured as PacMan and the ghosts are the other 'Idol's. The object of the game is to gobble up as many votes as you can while avoiding the deadly grasp of other 'Idol's.

While Simon, Randy and Paula were left out of the video remake, Ryan Seacrest did make the cut. Gobble Ryan's head to protect Taylor and help him eliminate the competition...at least for another week.