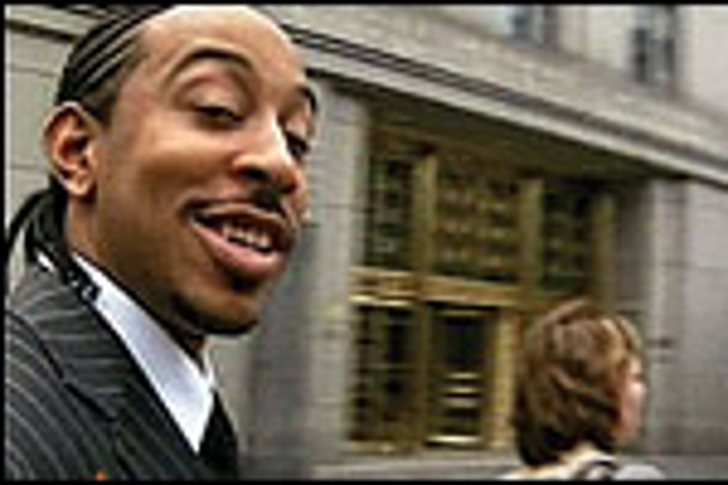 Ludacris might be the only guy who can ask a photographer "do you like your job?" and have it not seem rude.

Luda was slightly hounded by a few photogs as he made his way in and out of a NY courtroom. He was there to answer to allegations he lifted the phrase "straight like that" from a demo that was given to him and used it in his 2003 hit 'Stand Up'. A New Jersey group, I.O.F. is bringing the suit.

In these days of celebrity fists swinging at high-powered lenses, that kind of perfectly delivered request is quite charming- and seemingly effective.

When lawyer Mel Sachs asked the rap star if he was really telling the jury he had never received copies of the song "Straight Like That" at three shows in 2002 and 2003, Ludacris replied, "I'm definitely saying that, sir."

Knowing Luda, he probably said it with a smile.