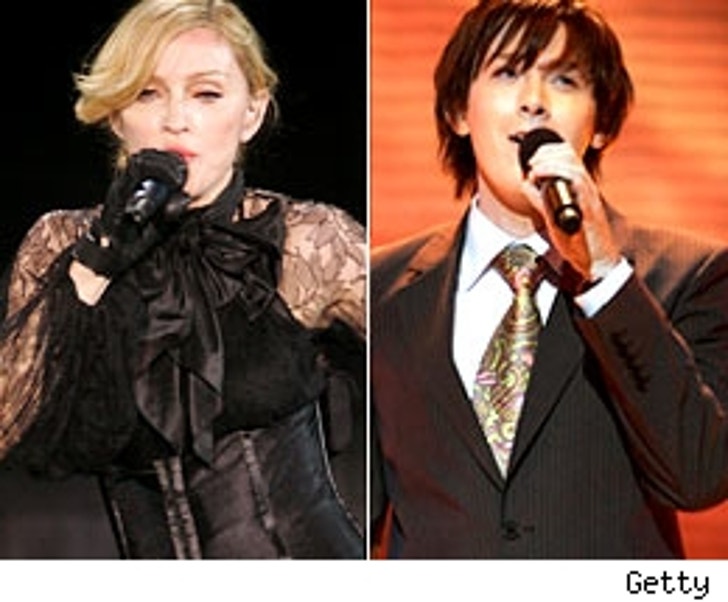 Our friends at Blender Magazine have published a terrific list of the "Worst 50 Songs Ever." (A quick hat tip to them for not writing Worst. 50. Songs. Ever.) Big names like Madonna and Clay Aiken we're right near the top.

Madonna didn't escape Blender's wrath either. "American Life" is at #10:

"On which Madonna updates the "Material Girl"–era satire of commercialism and spiritual emptiness - but this time, she does it with what is hands-down the most embarrassing rap ever recorded. Nervous and choppy, she makes Debbie Harry sound as smooth as Jay-Z. The only thing worse than shouting "soy latte"? Rhyming it with "double shot-ay." The rhymes don't kick in for a full three minutes, but the song - propelled by a constipated digital beat and some bungled musings on celebrity culture - stinks the whole way through. "

Hey, Beavis they said "constipated" - Uh huh huh huh. Notably, Limp Bizkit comes in at #4, with "Rollin'" - my question is how did the rest of the Bizkit catalog escape the list?