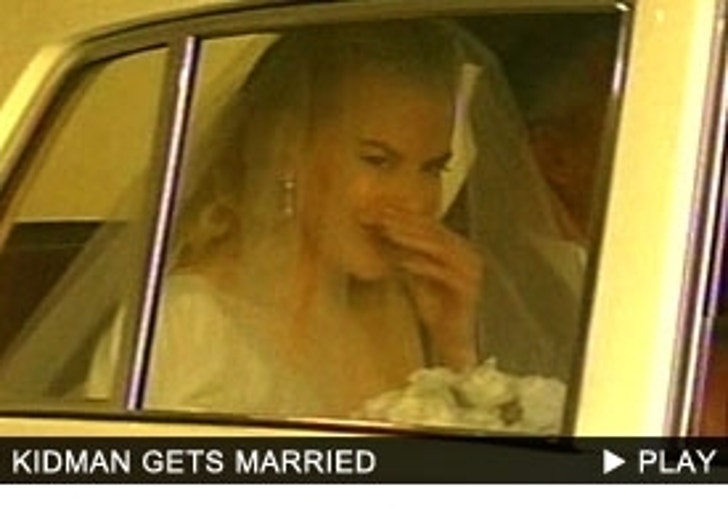 at least according to the Catholic Church in Australia.

Well, not so fast. Kidman's marriage to Cruise lasted 10 years -- a little long to plead temporary insanity -- and considering how notoriously difficult it is to have the Church grant an annulment (they're not handing them out like communion wafers), Kidman may have figured out how to get around the requirement -- she reportedly didn't need an annulment at all.

The BBC is reporting that Kidman's 10-year union to Cruise wasn't recognized by the Catholic Church of Australia. The service was seen only as a legal ceremony and not a spiritual one. In other words, according to the Catholic Church anyway, it never happened. All Kidman had to prove was that it was dissolved legally and she was free to marry any country crooner she wanted. A loophole to be sure, but one that allowed Kidman to reconnect her Catholic faith with Keith Urban, the man she loves.