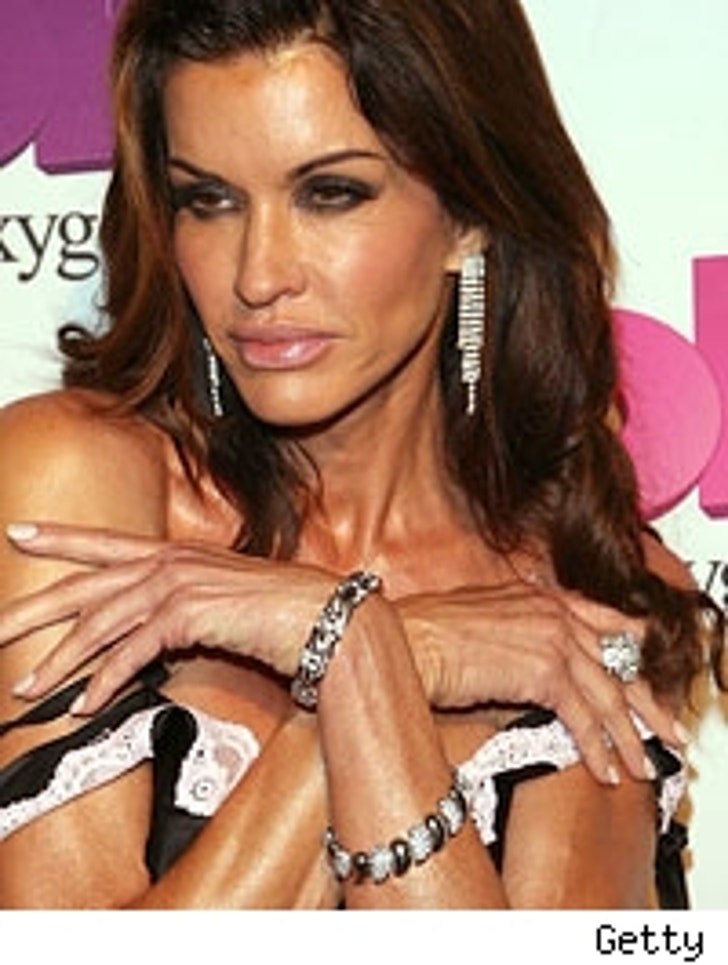 Self-proclaimed as the world's first supermodel, Janice Dickinson is no stranger to the world of fashion and jewelry. Now renowned jeweler to the stars Neil Lane claims she borrowed several baubles for a photo shoot- and never gave them back!

In a lawsuit filed Thursday in LA County Superior Court, Neil Lane Inc. claims Dickinson "received jewelry on loan for a photo shoot... Among the pieces loaned were a pair of diamond earrings, valued at $52,000; a turquoise , pearl and gold necklace, valued at $14,000; a coral and gold necklace, valued at $17,500; and turquoise and pearl earrings, valued ay $4,500." Lane says that Dickinson has failed to return the loaned jewelry, claiming "the pieces were either lost or stolen from her home."

Lane says in the lawsuit that their insurance company investigated and determined Dickinson's theft story to be "dubious."

TMZ contacted a rep for Dickinson who had no comment.