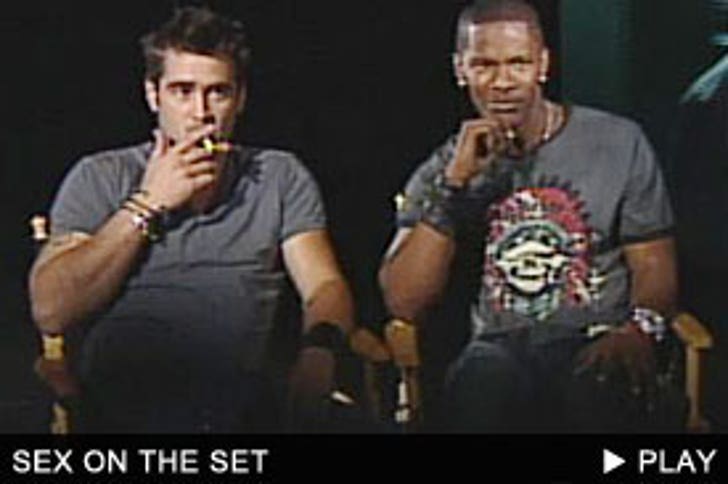 Colin Farrell has never really been one for tact and when promoting his new film, "Miami Vice," he held little back when talking about filming sex scenes with Gong Li.

"It was a great day at the office...I got to kiss Gong Li and be somewhat naked with her," said the Irish actor between cigarette drags. Farrell also took a jab at actors who skirt around press questions about shooting this type of scene, saying "You try to respect the other person...f*** that, respect is overrated."

Farrell's co-star Jamie Foxx has a sex scene of his own with "Pirates of the Caribbean" hottie Naomie Harris, which required him to wear next to nothing. "I wore a sock with a bow on it, just to lighten the mood for Naomie because she was a little nervous."