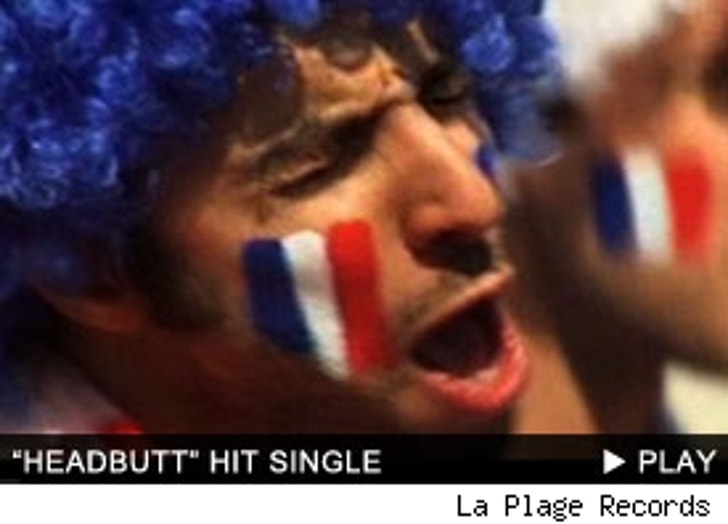 The headbutt heard 'round the World Cup has spawned the smash pop hit of the summer in France.

"Coup de Boule," or "Headbutt," as it's known in English, has become the most downloaded track in France over the last three weeks, with over 80,000 downloads, and Warner Music says that based on sales figures from mid-week, it'll be the highest-selling for the whole week.

The song was penned by three French record-label execs who wrote the song in 30 minutes to help them cope with their beloved Bleus' loss in the final, which was caused in no small degree by Zinedine Zidane's now-infamous skull-thumping of Italy's Marco Materazzi and his subsequent ejection from the game.

Rather than a morose dirge or a moody alt-rock wail, however, brothers Emmanuel and Sebastien Lipszyc and composer Franck Lascombes created a Caribbean zouk-inspired confection that repeats the chorus "Zidane, il a tape" ("Zidane, the hit man") as many times as a chorus can be repeated in one song. (Oddly, however, there are no headbutts -- or French soccer players -- in the video.) There are plans to distribute the song in 20 countries, including Japan and the Philippines, as well as in Italian and Spanish versions, according to Agence France Presse.