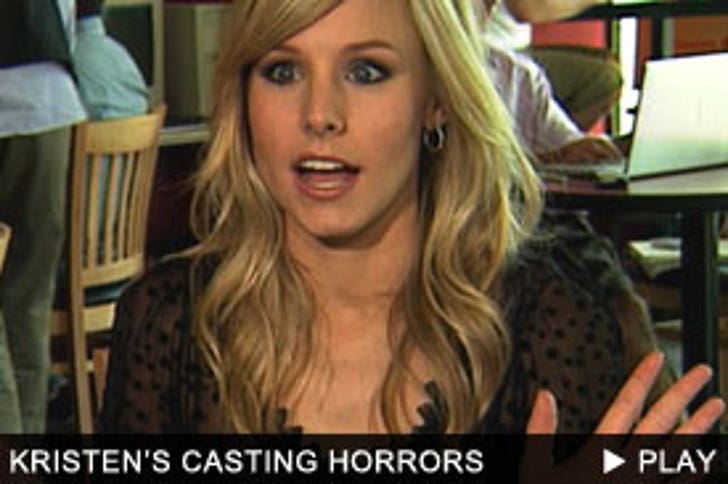 When "Veronica Mars" hottie Kristen Bell thinks she's the ugliest person in a movie, it's safe to say you're in for some great eye candy -- and Bell promises her new horror flick, "Pulse," delivers the goods.

The actress, who's sexy in her own right, says she was initially intimidated by the model looks of co-stars Ian Somerhalder and Christina Milian.

"Christina Milian is one of the most beautiful people I've seen up close...I actually was angry when the producers first hired Ian. I was like no no no no. Throughout history, the girl has been the pretty one in the movie ... They were like, we'll ugly him down, we'll ugly him down. It didn't work."

Her latest film, which centers on the dead using the Internet as a means to take life from the living, definitely heads into scary territory, something Bell was nervous about.

"I've never done a horror movie before and I'm always very, very wary of scary things ... Literally, if you were to jump out from behind a corner I would instantly be in tears ... I saw the preview for 'Leprechaun' and I still have dreams about that guy."