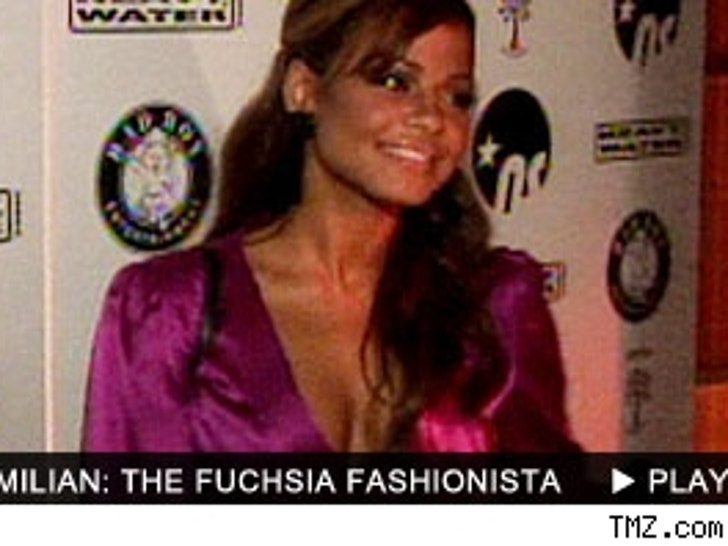 Recording artist and actress Christina Milian painted New York red last night -- or should we say fuschia -- as she arrived at Marquee nightclub to celebrate the release of R & B sensation and Diddy protégé Cassie's self-titled debut album. 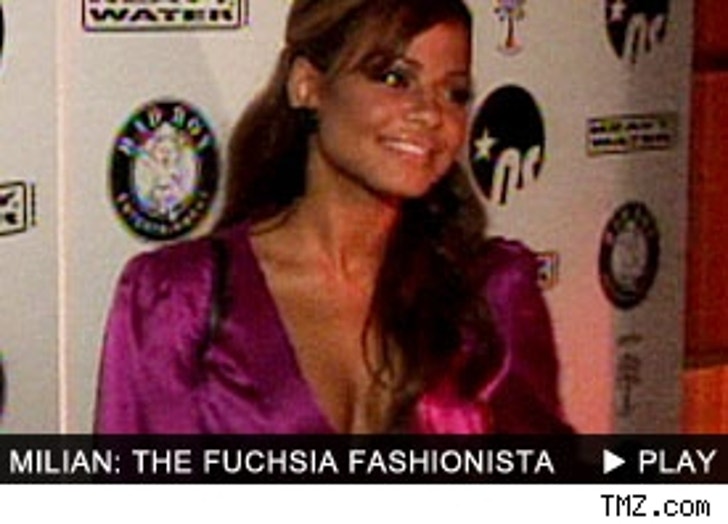 Milian was just spotted last weekend dropping over $2100 in one Beverly Hills boutique. Only TMZ has Milian's itemized receipt from the celebrity boutique Harmony Lane.

Christina walked in to the trendy boutique carrying a black Fendi bag, yet after falling in love with a white LULA by Angelica Cota LoveLike Hobo bag - the star immediately dumped all her belongings from one purse to the next and actually left the store toting her new bag.

Milian shopped with her mother for hours in the store and both left wearing new Vita gold link snake bangle bracelets - Christina picked one in green and pink while her mother chose black and green. Milian also changed her shoes and left in her new white Jilly Swarovski crystal flip-flops.

Christina was reportedly hunting down clothes to take on a press trip for her latest movie, "Pulse" out August 11th. The 21st-century horror film also stars Kristen Bell.