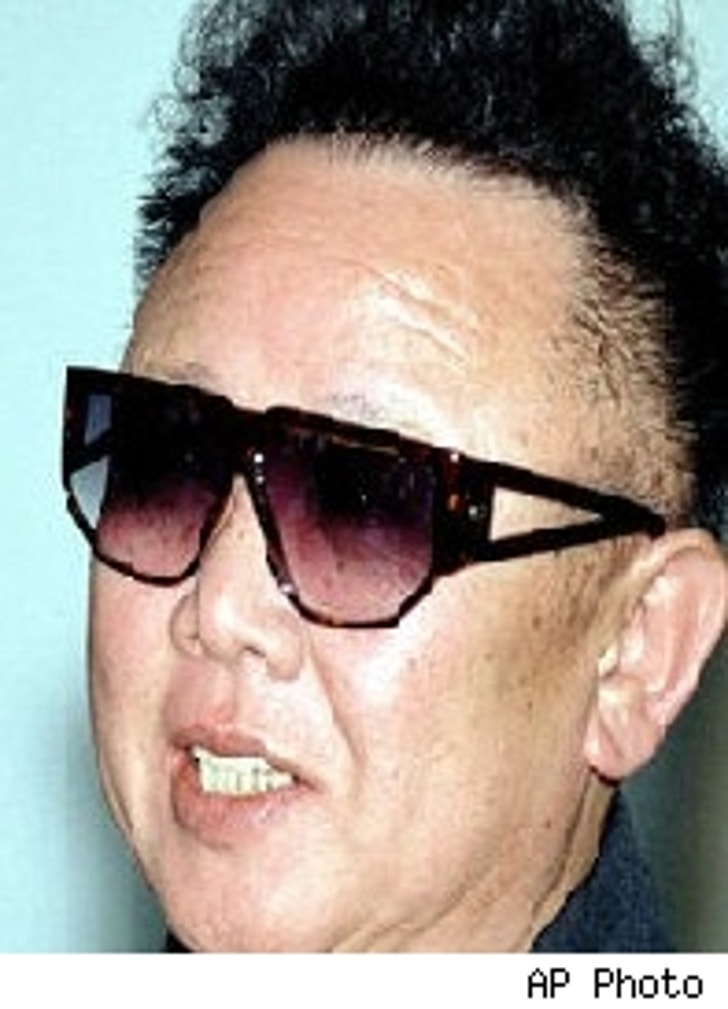 If you're wondering what the top dog of the North Korean summer blockbuster season is, it might just surprise you to learn that it's not "Pirates of the Caribbean: Dead Man's Chest" or "Superman Returns." Rather, it's the somewhat more muted "Diary of a Student Girl" that is packing in the crowds all over the North -- not that the proletariat has much choice -- and its creator is none other than that famously tempestuous missile-wielding auteur himself, Kim Jong-Il.

The North Korean's official news agency KCNA reports that "Diary" -- which conveys the trials and tribulations of a girl and her younger sister as they strive to be scientists -- is screening "before full houses in [the capitol] Pyongyang every day, evoking lively response from people of all walks of life." What's more, KCNA says that the film "embodies the Juche-oriented idea of aesthetics of leader Kim Jong Il," and that Dear Leader found time during his "continuous inspection tour of frontline army units" to work on the script and produce the film, hailed as "a masterpiece of the times." (Juche is the guiding North Korean ideology of self-reliance.)

"Dear Leader" Kim has long had an obsession with film, claiming to have written and directed several movies. He also allegedly kidnapped the director considered the Orson Welles of South Korea and his actress wife, forcing them to create propagandist pictures for the Communist state.