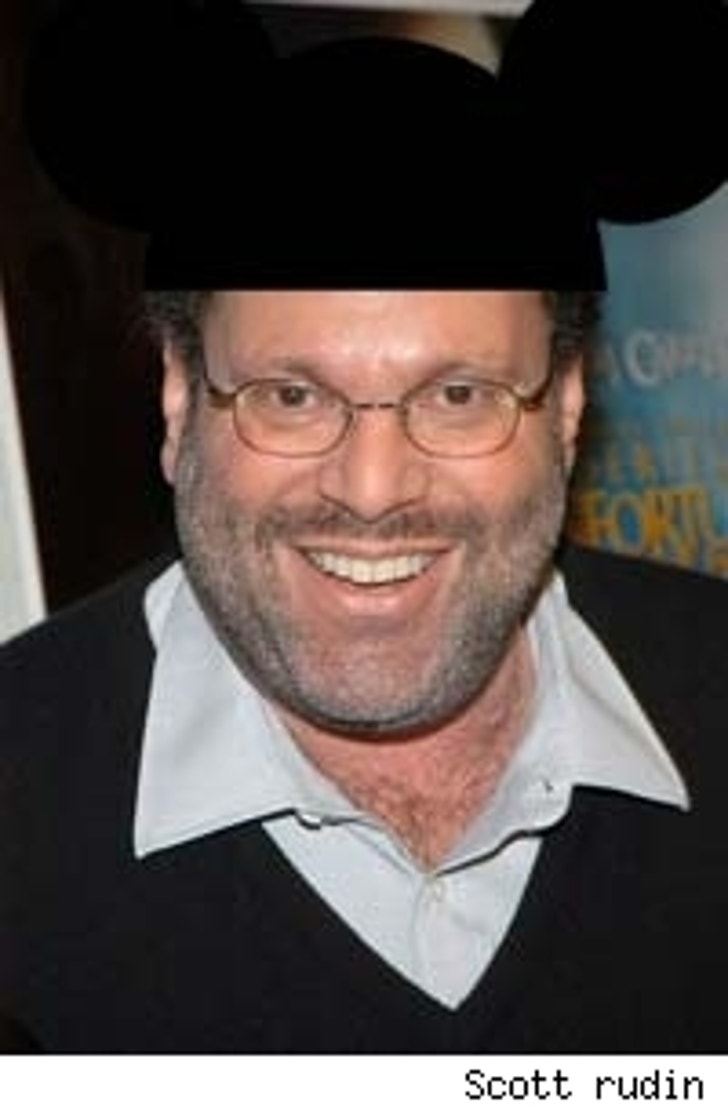 Lost in the shuffle of the massive restructuring at Walt Disney's film division is what effect the shake-up will have on one of Hollywood's most prolific producers: Scott Rudin.

Rudin spent years at Paramount before decamping for Disney last year, after longtime Paramount high priestess Sherry Lansing was finally sacrificed on the altar of bad box office. Unfortunately, Rudin appears to be exactly the opposite of what Buena Vista Motion Picture Group chairman Dick Cook says he now wants at Disney:

Said Cook, in an April interview with "Variety,"

"We looked at the whole business, where we were, and felt that we were not taking full advantage of Disney...There has been a refocus or rededication to Disney movies. We are looking to make movies that appeal to audiences..." Disney, Cook says, "is the brand name that travels around the world. So it's very important that we reposition ourselves and move ourselves back in that business."

As part of this "refocus," Cook promptly fired his studio president, Nina Jacobson - the guiding force of "grown-up" movies like "The Life Aquatic with Steve Zissou" and the Coen Bros. remake of "The Ladykillers" with Tom Hanks.

Now consider this: Disney's Rudin is one of Hollywood's most highbrow (and hot-tempered) producers, and his projects don't exactly scream Winnie-the-Pooh: Rudin is producing both Jonathan Franzen's "The Corrections" and the Iraq war drama, "Stop Loss," which Kimberly Peirce is now shooting - both at Paramount. Rudin has Chang-Rae Lee's "Aloft" at Warner Bros. Jonathan Safran Foer's novel "Extremely Loud and Incredibly Close" is set up at Paramount and Warners. And the Cormac McCarthy novel "No Country for Old Men," which the Coen brothers are directing for Paramount Vantage and Miramax.

Cut to this morning's edition of Daily Variety, announcing a new Rudin project with director Wes Anderson - best known for Disney's "The Royal Tenenbaums" a few years back.

"At last!" I thought, "Rudin's finally gotten Disney to say 'Yes!' to something!"

Oh, man. Rudin is SO out of there.