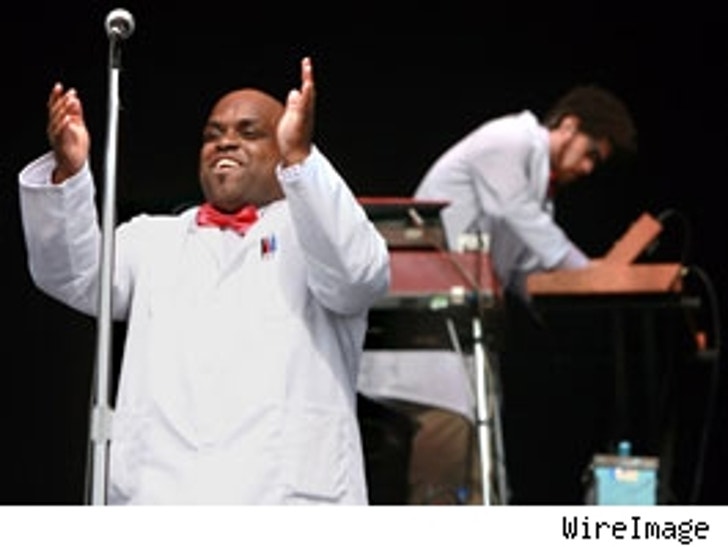 Gnarls Barkley, the duo of DJ Danger Mouse and Cee-Lo, have one of the top breakout hits of the year in "Crazy." But, one thing is for sure, the Gnarls boys are not crazy when it comes to risking STDs. The boys explicitly request a 12 pack of Magnum condoms for one of their concert dressing rooms. That's right, along with being supplied with 4 Star accommodations and first class air travel, these singing sensations don't even have to make a pre-show trip to the drug store.

The condoms are part of an eclectic list of supplies they must be furnished for a show, including PB&J, cigars, Snickers minis, Grey Goose, Jack Daniels, Red Bull and clean socks. According to the Smoking Gun, Gnarls Barkley are not the only "safety" artists out there. 50 Cent and Busta Rhymes also specifically request jimmy hats for their backstage areas.

The group's demand list may go even higher if they bring home some Moon Men from this year's MTV Video Music Awards. The video for Crazy is up for Best Group Video, Best Direction, and Best Editing. Who knows, maybe they'll be so excited if they win that they'll spring for their own condoms!