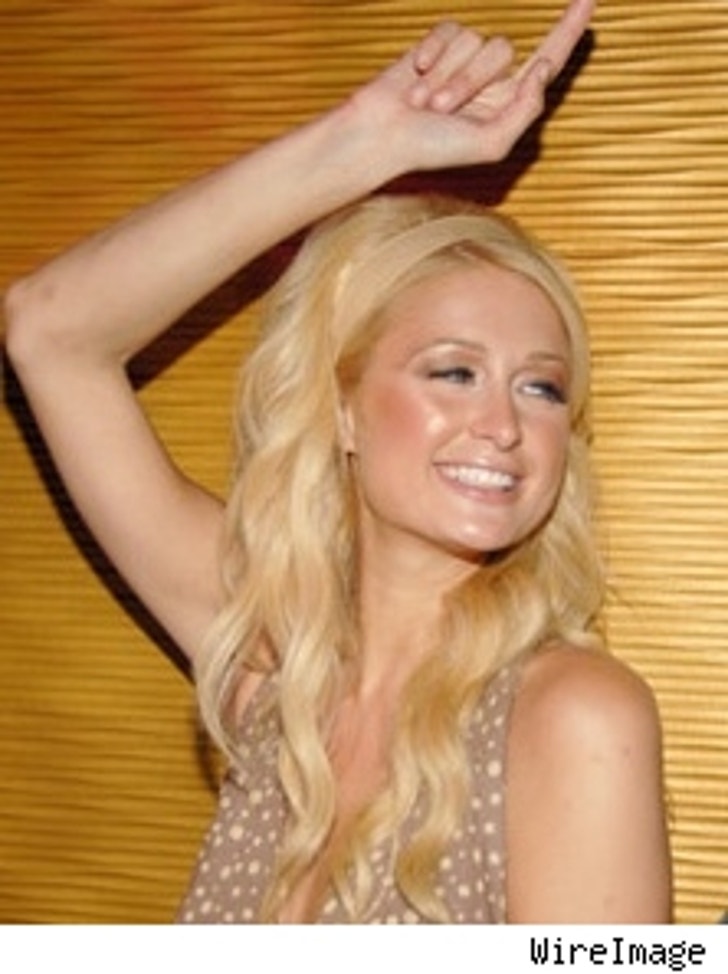 Yes, we'll always have Paris – whether we want her or not.

The lodging heiress' grand plan is to blanket the shelves of every mall in our great land with the Paris brand, and she's putting it on everything from bikinis to energy drinks to wigs to champagne-in-a-can.

And, by the way, Paris says that if you ever see her in a club doing a tequila shot – she's actually drinking water, because she doesn't "like the taste of alcohol. It grosses me out."

Amidst the flurry of promotions in advance of her album "Paris"'s release next Tuesday, Paris talks to the Los Angeles Times' Chris Lee about Paris The Brand and her scheme for worldwide domination. And, along the way, she insists that she hasn't taken money from her parents since she was 18, and that the story of her rise is more akin to an up-from-the-ghetto rapper than a well-cosseted celebutante whose idea of brand-building is dancing on the banquettes at Marquee. We also learn that Paris owns a Ferrari, a Bentley, a Range Rover, and a Benz, and that Paris acolytes will soon be able to dine at an eatery bearing her imprimatur -- she plans to open several restaurants.

Meanwhile, speaking of Marquee, Ben Widdicombe reports that during her album-release party there two nights ago, Paris had the DJ abruptly kill a fellow partygoer's song when he slipped it in amidst the endless spin of "Paris." A Gatecrasher spy says that Paris told the DJ that she was paying him "a lot of money to spin."

Well, you can't fault the girl for her determination: "I don't think there's ever been anyone like me that's lasted," she tells the LA Times. "And I'm going to keep on lasting." Last on, Paris, last on. 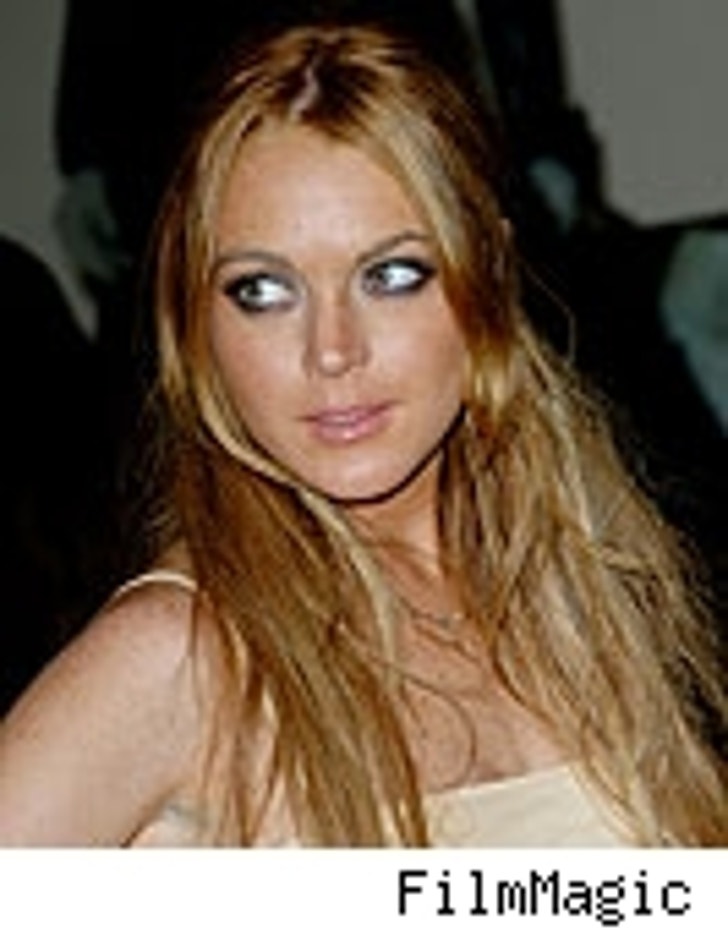 Lohan Calms It Down, Again

Nowadays, Lindsay Lohan makes news by laying low. The freckled phenom is, according to a friend cited by Ben Widdicombe, "really taking it easy these days. . .she is focused on work" and her boyfriend Harry Morton. Indeed, TMZ spotted Lohan eschewing a night out at Hyde just this past Wednesday.

The friend also relates that the letter she received from "Georgia Rule" producer James Robinson criticizing her work habits was "a turning point. She realized it was a matter of either stepping up or stepping down." The friend claims that she's been going home early every night and [arriving] at work on time since the letter. We can't dispute her getting to work on time, but as for the whole "going home early bit," well, we think that's kind of a relative calculation. 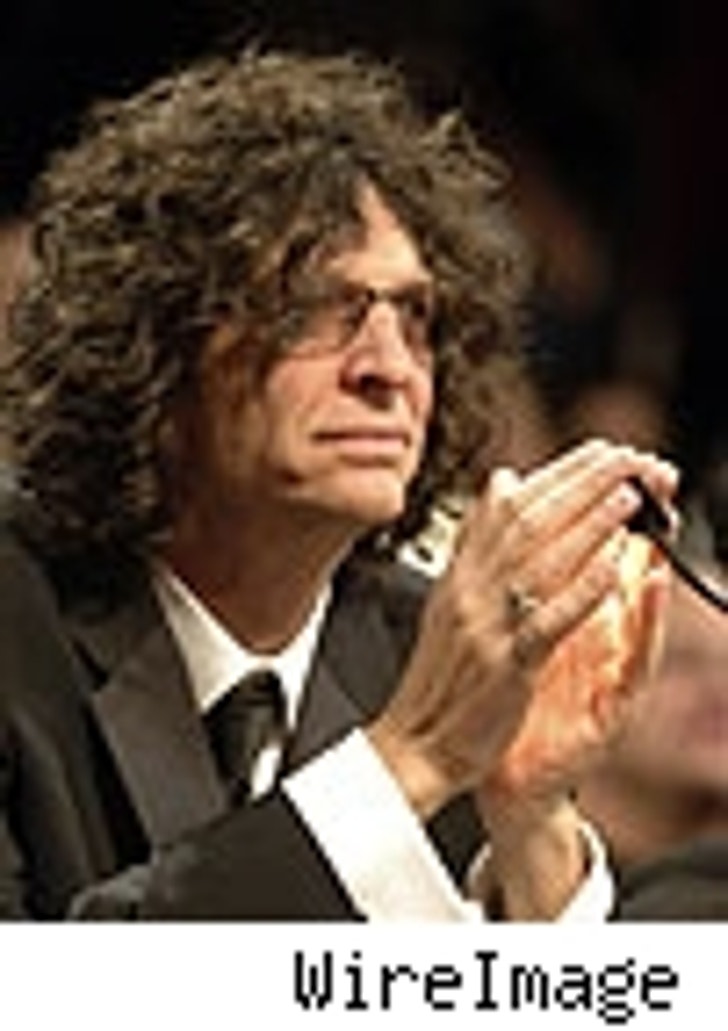 A minor kerfuffle had broken out yesterday when it was reported that Howard Stern had skipped services for the late father of his longtime producer Gary Dell'Abate simply because his girlfriend Beth Ostrosky had suffered a minor injury.

But today, Stern clarifies what happened to Rush & Molloy: Apparently, Ostrosky fell down some steps while getting dressed and fractured the top of her foot and tore several ligaments as well. The shock jock had to look after her while she wass being tended to in the hospital, and by the time they were ready to go, the visitation was over.

Stern says he picked up the tab for dinner for all of Dell'Abate's family and friends, and that he's taking the death "very hard." 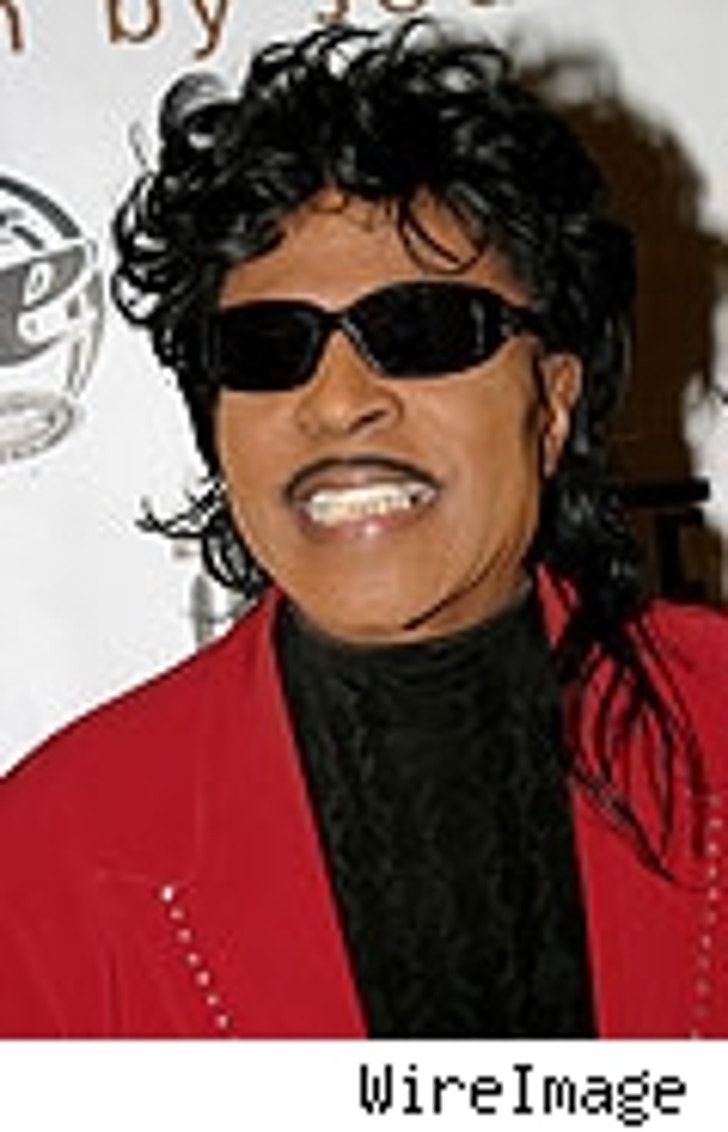 "Tutti Frutti" madman-genius Little Richard will be a judge on the upcoming Simon Cowell reality series "Celebrity Duets." The Rock 'n'Roll Hall of Famer is joining a cast of characters and slightly worn celebrities that could result in some curious combinations when the show debuts Aug. 29. The contestants include Lucy Lawless, Cheech Marin, and Lea Thompson, and their professional help will include Peter Frampton, Smokey Robinson, and Patti Labelle. No word on whether Richard's signature "Wooooo" will become the "We got a hot one here tonight!" of the new series. 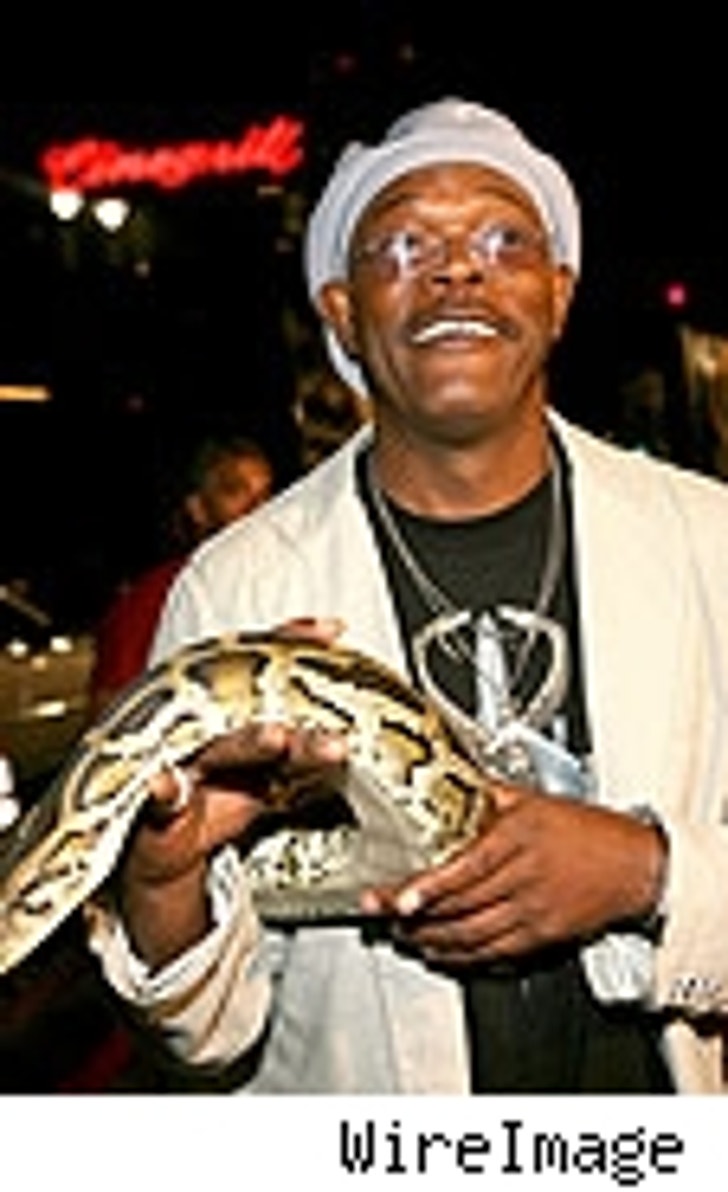 Goodie Bag: Snakes Finally On The Damn Plane, and Swag Bags Get Taxed

Though it seems that it has already been out for months, "Snakes on a Plane" finally has its theatrical debut today, and it's anyone's guess what its box-office take is going to be. Tracking is somewhere in the high teens, but the Internet buzz could take it all the way up to $30 million. . . Swag bags, as TMZ reported two days ago, are getting the crackdown by the IRS. The Academy of Motion Picture Arts & Sciences and the IRS confirmed yesterday they'd reached a settlement on gift-bag income tax, and that celebrities will be expected to pay the taxes on all that "free" stuff.