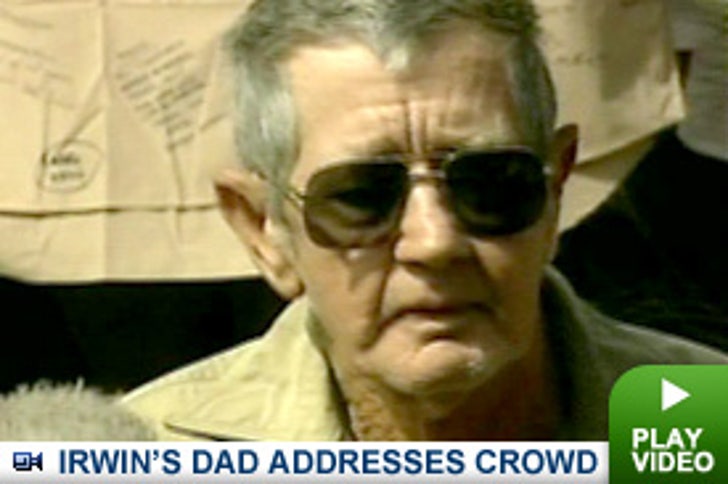 In the first public comments by Steve Irwin's family since his death on Monday, his father thanked his son's many fans for their messages of support.

"There's never been anybody else that I know of that had the personality that Steve had, and the strength, and the conviction of what he believed in," his father told a crowd of news cameras, journalists and well-wishers at the gate of the Australia Zoo. "And his message was conservation, and he was such a strong person that people all over the world believed in him."

Irwin, who described his son as his "best mate ever," reiterated the family's wishes not to have a state funeral, as offered by Prime Minister John Howard, saying, "He's just an ordinary bloke and he wants to be remembered as an ordinary bloke."