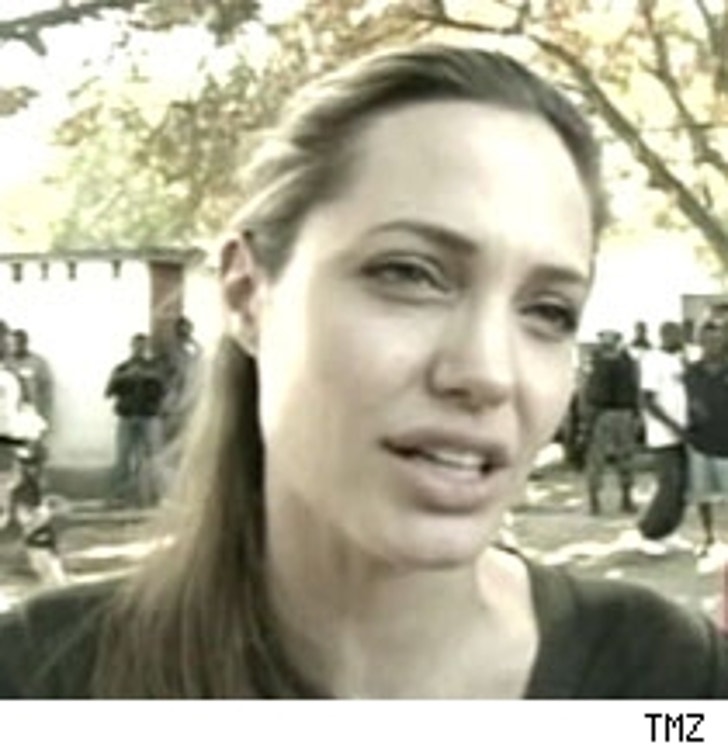 She might be the sweetheart of Namibia, but it looks like Angelina Jolie doesn't quite carry the same weight in Pakistan.

A Pakistani newspaper is reporting that a production crew from Jolie's upcoming movie "A Mighty Heart" was recently caught filming scenes in Karachi and Islamabad, as well as the Pakistani countryside, without permission from the government.

"A Mighty Heart," is based on Mariane Pearl's account of the terrifying and unforgettable ordeal of her late husband, Wall Street Journal reporter Daniel Pearl.

A press minister from the government issued a statement to the Pakistan Daily Times saying, "No request by the film unit to shoot in Pakistan had been made to the embassy." He said all documentary and feature filmmakers must obtain permission and an appropriate visa from the Pakistani government before they begin shooting. Any unauthorized attempt to film without permission and without the knowledge of government authorities is "illegal and regrettable," he added. The minister said he would be making inquiries, starting today, both here and in Islamabad.

TMZ contacted Paramount, the studio producing the film. Our calls were not immediately returned.