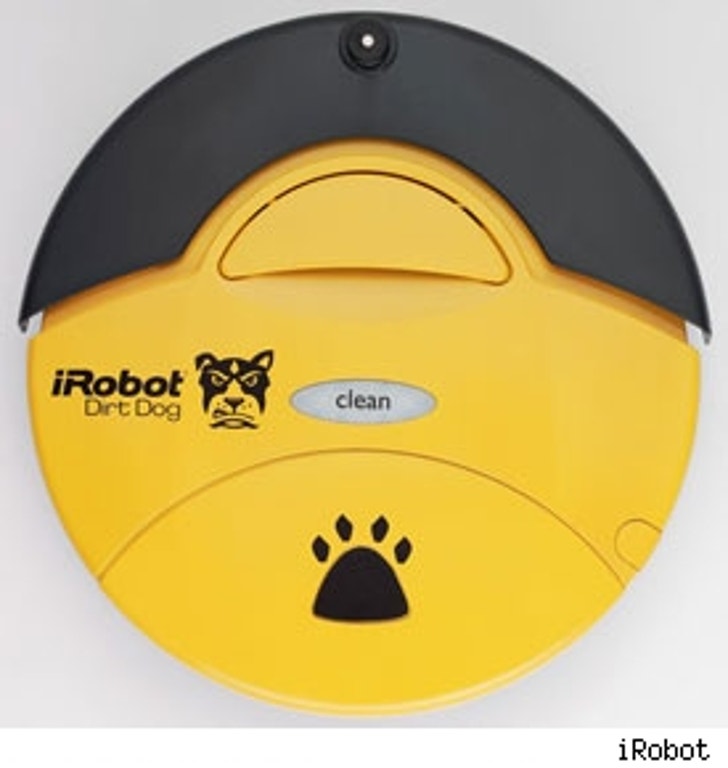 The "Roomba" robot vacuum has taken the place of pets in some homes. People have given them names and not only taken them into their homes, they've taken them into their hearts as well. The only problem -- til now -- has been the workshop or garage. The poor little robots just didn't have the power to clean up wood shavings after building spice racks and bird feeders.

Don't fret though, those geniuses over at iRobot have expanded their stable of floor cleaning robots and now feature the new iRobot Dirt Dog. This beefed up "Roomba" can pick up all the small nails, dirt, sawdust and small debris your craft projects can dish out. While the Dirt Dog is the same size and shape as the Roomba, the Dirt Dog has an updated bagless debris bin that is 40% larger than the Roomba's bin. The Dirt Dog also has specially designed brushes for cleaning rough surfaces. iRobot recommends that the Dirt Dog only be used on hard floors, shop carpets and industrial surfaces.

The Dirt Dog is compatible with most Roomba accessories, including the remote control, battery, virtual wall and self-charging home base.