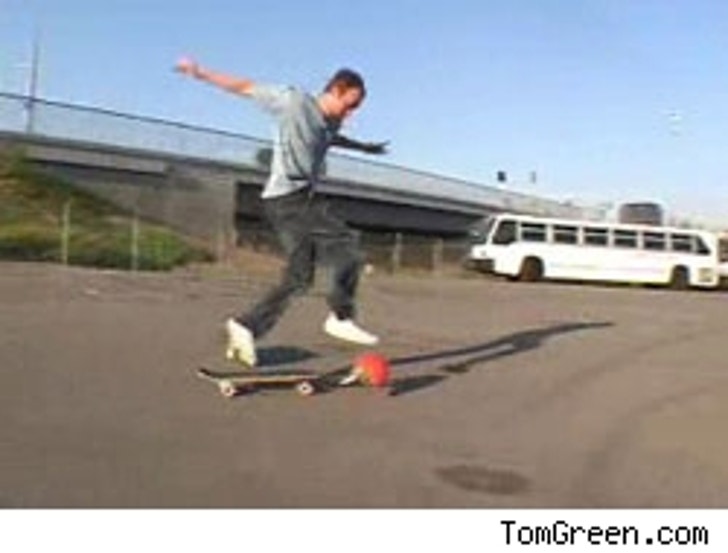 Unfortunately, we don't mean that figuratively.

"I am having a bad year for injuries. First, the broken ribs in Costa Rica after getting hit by a wave, now this. To make matters worse, I need surgery," Green says. "So on Thursday I will be bringing my video camera, and will be getting put under general anesthetic and operated on. They will be putting screws and a metal plate into the bone in my leg."

This isn't the first time Green has brought cameras into the O.R. In March 2000, he was diagnosed with testicular cancer and documented the surgery showing doctors removing his right testicle.