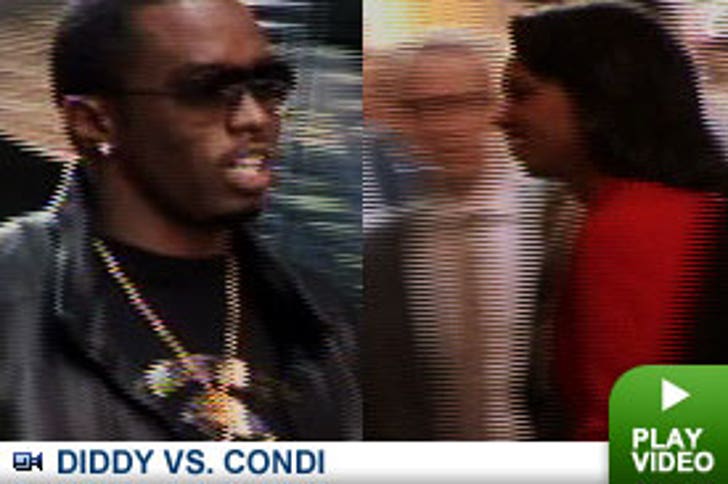 Diddy learned a lesson in humility Monday, after a taping of "TRL."

Diddy was planning to beat a hasty retreat after his appearance, only to be stopped at the door. Turns out, law enforcement was out in full force in front of the MTV building in Times Square. To people on the outside, it looked like the traffic control was for Diddy. But no, the commotion was caused by a secretary.

Condoleezza Rice, the Secretary of State herself, was coming to the MTV building for an interview. Secret Service and cops, some armed with M-16 rifles, watched attentively as Condi made her way inside. The Secretary, who was wearing a bright red dress, stopped traffic -- literally! And all Diddy could do was wait.