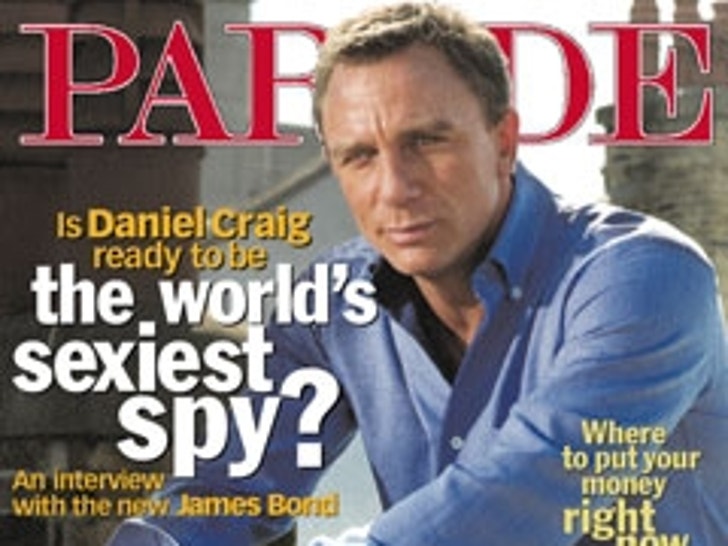 Some fans of the James Bond franchise were upset when blonde Brit Daniel Craig was cast in the lead role in the latest pic "Casino Royale." Many felt he couldn't properly fill 007's shoes. 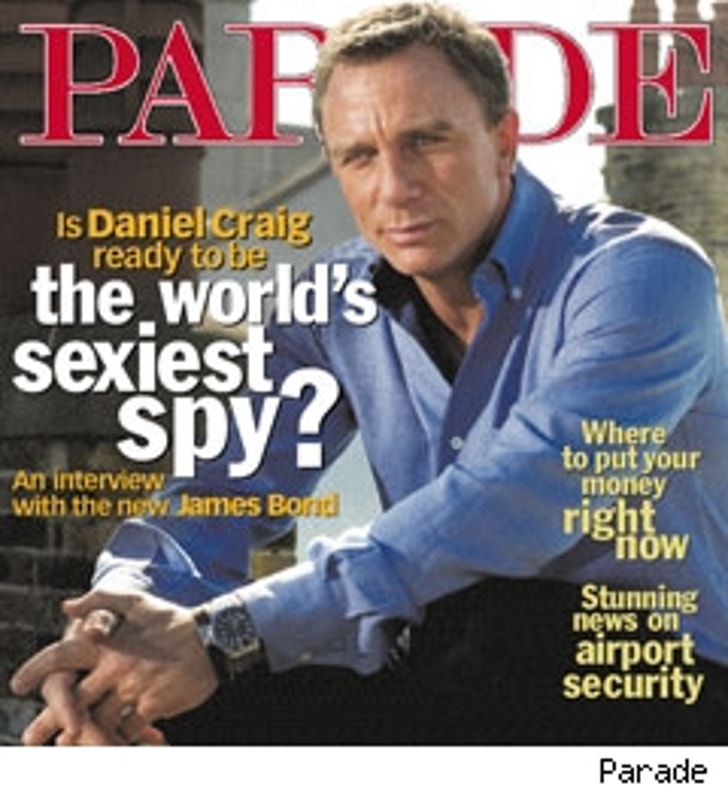 Craig tells the new issue of Parade magazine "All I can say is there are millions of fans, and I don't want to let them down. I've worked my butt off for this movie. I'm not going to foul it up."

The buff actor may be the first non-brunette Bond, but he definitely has one thing in common with the super agent -- the ladies. Although he is currently dating film producer Satsuki Mitchell, in the past he has been linked to hotties like Kate Moss and Sienna Miller.

But one thing you won't see the latest Bond doing is lighting up a cig. While producers didn't want to send a wrong message to kids, Craig had no issue with the change because in reality he says "I can blow off someone's head at close range and splatter blood, but I can't light a good Cuban (cigar)."

Check out the entire interview with the very sexy Daniel Craig in Sunday's Parade magazine.