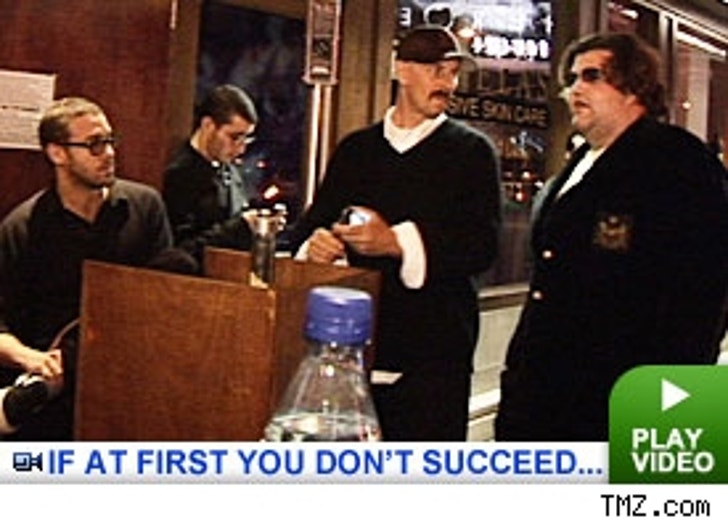 The less-fortunate brother of Brandon Davis tried in vain to get into Hyde last night and was denied ... again. This marks the third time TMZ's cameras have caught the wannabe-socialite shut out of the hip Hollywood club.

Davis can be heard talking to our favorite doorman, who's denied the likes of Chyna Doll, Tara Reid, Bobby Brown (and some erstwhile TMZ staffers), begging desperately to be let in without a reservation. The doorman tells him, "I told you last time it was the last time I'm doing this," staying strong and forcing Davis to admit his defeat and head elsewhere.

Adding insult to injury, Jason's brother Brandon was allowed in later that evening.

Note to Jason - next time maybe try to make a reservation and wear something a bit classier than track pants.