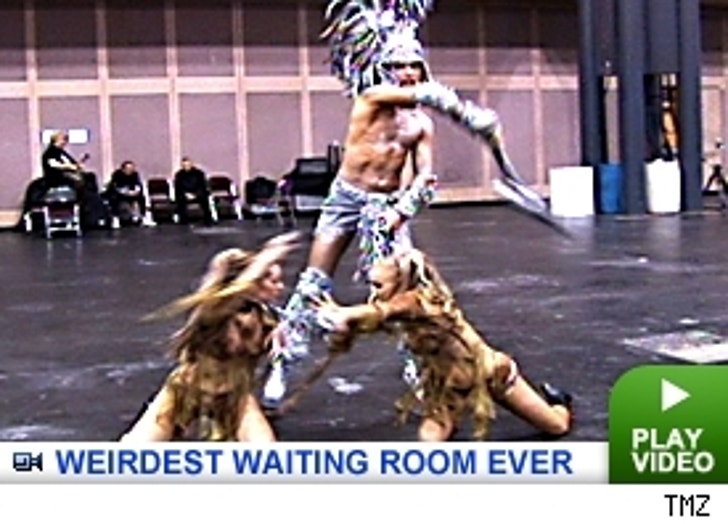 We dropped by the warehouse-sized waiting room to catch the New York auditions for the upcoming season of "America's Got Talent," and captured some of the most bizarre footage we've ever seen.

We wish we could say there was only one guy with a lavish home-made head decoration, but there were at least three.

One guy played the "harMOMica" for us- which is similar to the harmonica, but apparently played like a death-metal guitar. Another aspiring talent gave us Tina Turner and Whitney Houston in less than 20 seconds.

Then there was the... forget it. You just need to watch.