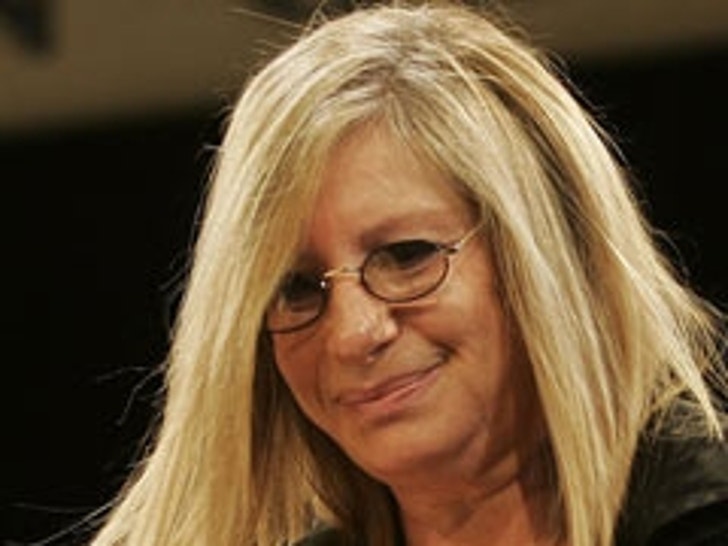 Barbra Streisand's Bush-bashing tour made it's way to the hotbed that is red state Florida on Monday. 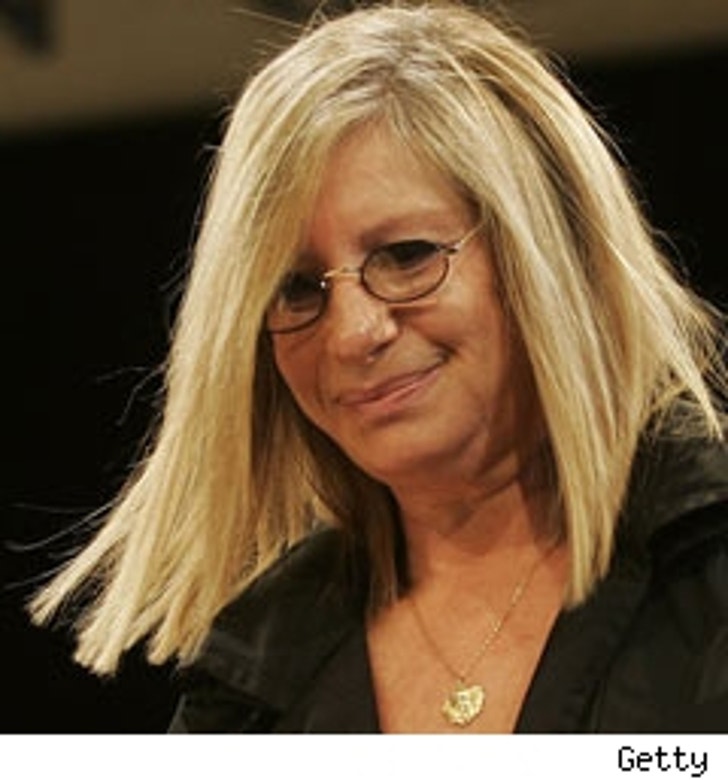 Babs, who was heckled earlier this month after bringing out a Bush impersonator for a skit during a performance in New York, once again brought out a presidential look-a-like and faced outbursts from members in the audience at Fort Lauderdale's Bank Atlantic Center.

A source tells TMZ that during the skit, "Bush" asked Babs if they could sing a solo together to which Streisand replied "How about "Enough is Enough?" (A reference to Babs' 70s disco duet with Donna Summer) At that point a disgruntled fan threw ice at the 64-year-old diva. Barbra kept her cool, opted against using her now infamous retort of "Shut the F**k Up!," and simply said "It's ok, it's ok."

When fans asked her to sing a song for the Republicans, Barbra's suggestion was "Send in the Clowns." This got another audience member upset, who started to boo loudly at the singer. Some of Babs' superfans came to her aid telling the heckler to "shut up!"

While both the heckler and the ice thrower were escorted out of the arena, Barbra remarked, "If you just want to hear my songs, buy my albums and stay at home." And with tickets for Babs tour going for exorbitant prices, no doubt many fans did!

After her comments filled the arena with a round of applause, Babs got back to doing what she does best with her voice -- singing.

Babs' tour, and the controversy associated with it, winds up November 20 in Los Angeles.