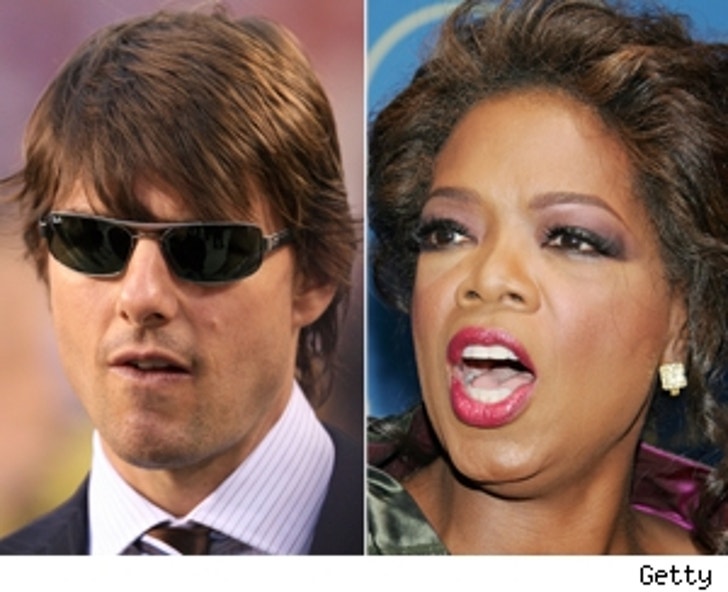 You think Oprah wasn't offended that TomKat didn't invite her to their wedding? Believe that, and you'll believe she doesn't eat Baskin-Robbins at 2 AM to dull the pain. C'mon -- they even invited Brooke Shields, and we all know how Tom feels about her.

Talk Queen Oprah was a notable non-invitee for this weekend's Italian nuptials, and we think we might know why. Almost a year ago to the day last year, O went on "Good Morning America" to hawk her DVD retrospective, and told Diane Sawyer that she thought Tom faked his infamous couch-jumping, fist-pumping, career-disemboweling antics.

"I was not buying -- not buying or not buying," said Oprah at the time. "That's why I kept saying 'you're gone, you're really gone' ... It was wilder than it was appearing to me." Was she unconscious at the time? 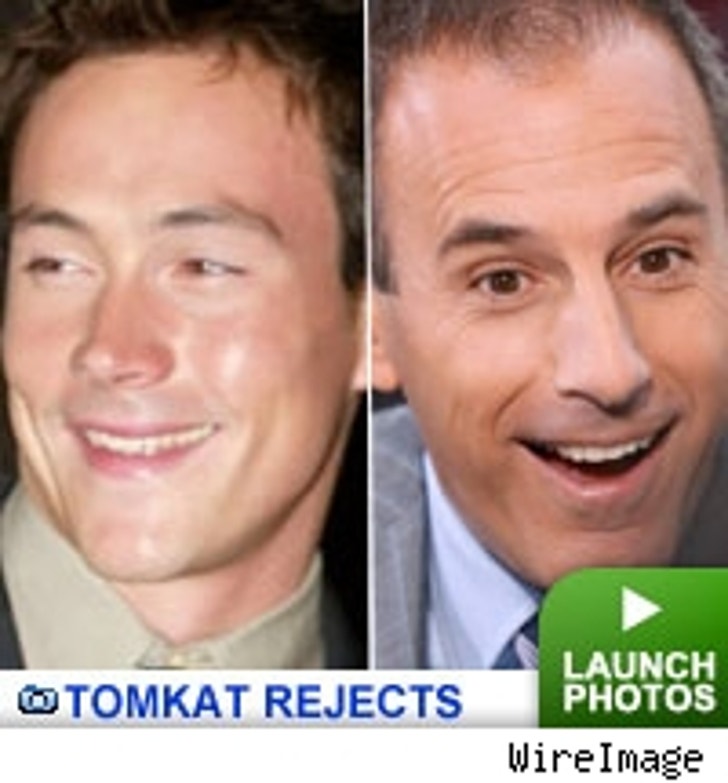 Cruise apparently didn't take too kindly to O's skepticism. Oprah, for her part, told "EXTRA," "I don't get invited to everyone's wedding. I don't invite them to everything I do." Meanwhile, we've put together a little photographic roster of other people we don't think will be munching on bacon-wrapped scallops and dancing to Earth, Wind, and Fire covers this weekend at an Italian castle.