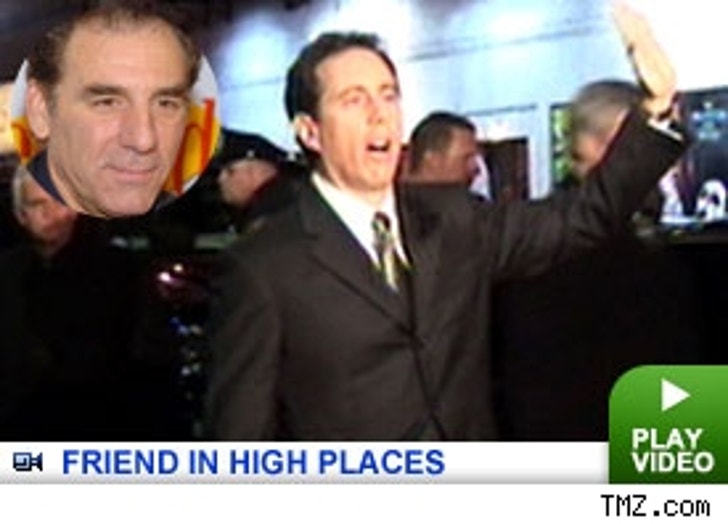 With pal Jerry Seinfeld already Letterman's scheduled guest on Monday's "The Late Show," Michael Richards appeared via satellite to apologize for the shocking incident at the Laugh Factory on Friday night. TMZ obtained the horrifying video of Richards in a bigoted tirade against a heckler.

According to a source, Richards was close to tears during the apology.

Our cameras caught Seinfeld leaving the Ed Sullivan Theatre after taping his Letterman appearance. He told us, "It's all on the show tonight."

Seinfeld's reps confirmed to TMZ that "Michael appeared via satellite and apologized."