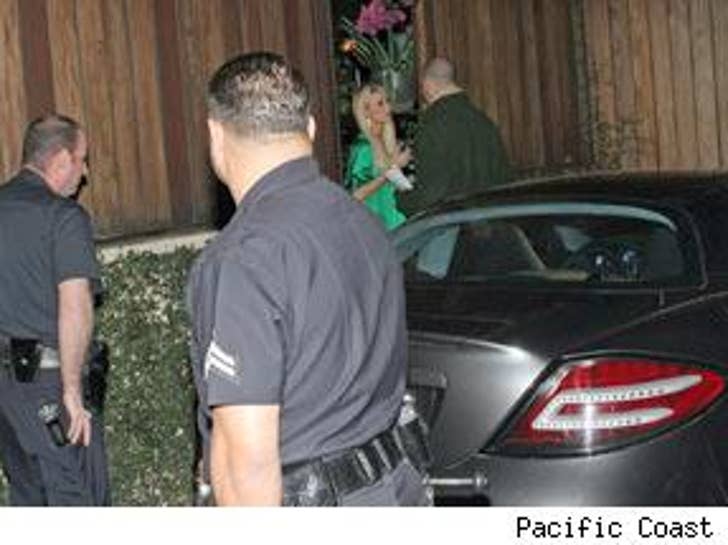 Paris might be a wild child, but it took the newly out-and-about Britney Spears to really get her in hot water. 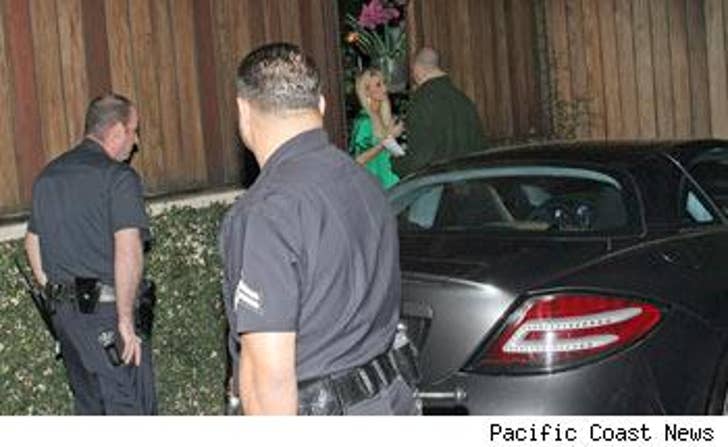 Police were called to Hilton's Hollywood home after the heiress and new pal Britney Spears allegedly blasted music a little too loud for folks on the block.

The neighbors were already on edge after word leaked to paparazzi that the two blondes were planning on kickin' it at Paris' place after the American Music Awards. As the ladies arrived, a swarm of paparazzi unleashed a blinding flashbulb frenzy that lit up the whole neighborhood.

The police incident comes just days after Paris and a pantsless Britney were photographed in Vegas during a crazy girls night out.