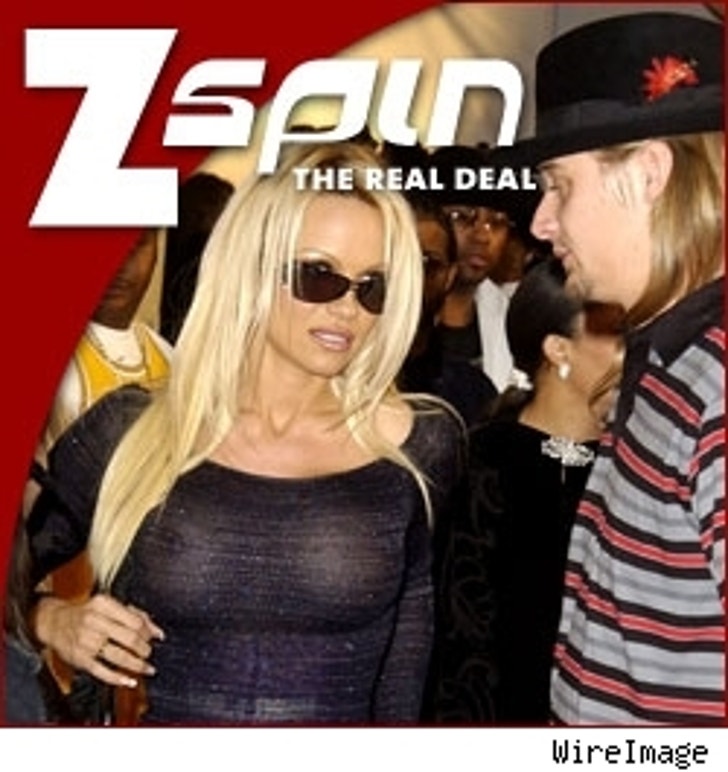 I'm told Kid's process server was on the courthouse steps before the doors opened yesterday. His divorce documents were stamped at 8:35 AM, five minutes after the clerk's office opened for business. Pam's process server followed 53 minutes later.

What each tried to do was tell the public that one left the other first. Image-conscious stars care a lot about looking desirable. Hey, who doesn't? Looking like you were dumped isn't sexytime.

There is plenty of anger in this split, but it's not going to be a war. The divorce itself will be handled with dispatch. The only real disagreement is over when they officially separated. Pam says they parted company on November 21. Kid says it was November 26. In an ordinary divorce, the date of separation often becomes an issue because it affects who gets what; in this case, there's no prenup and no real dispute over splitting coin, so the date is irrelevant. Again, it's all about image.

This has been a tough holiday season for celebs. Divorce seems to be in the bottled water. But in the case of Pam and Kid, it seems they won't have trouble getting past the loss. They each seemed way more focused on looking like they were on top.