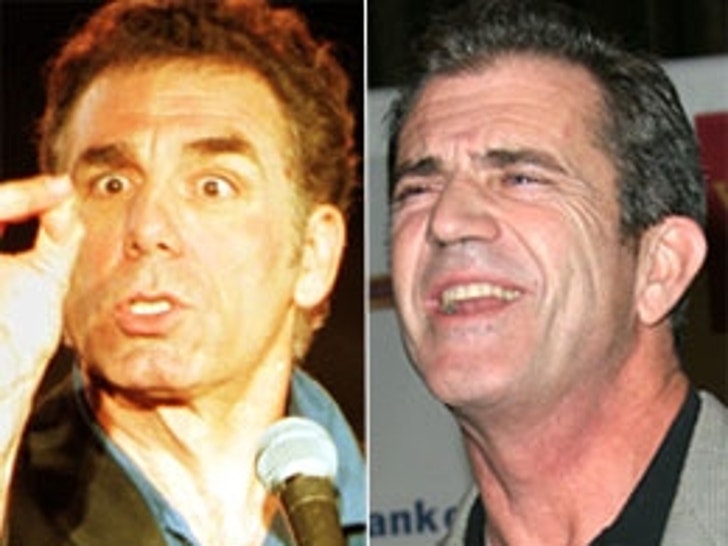 Michael Richards is getting support from someone who knows exactly what he's going through -- Mel Gibson. 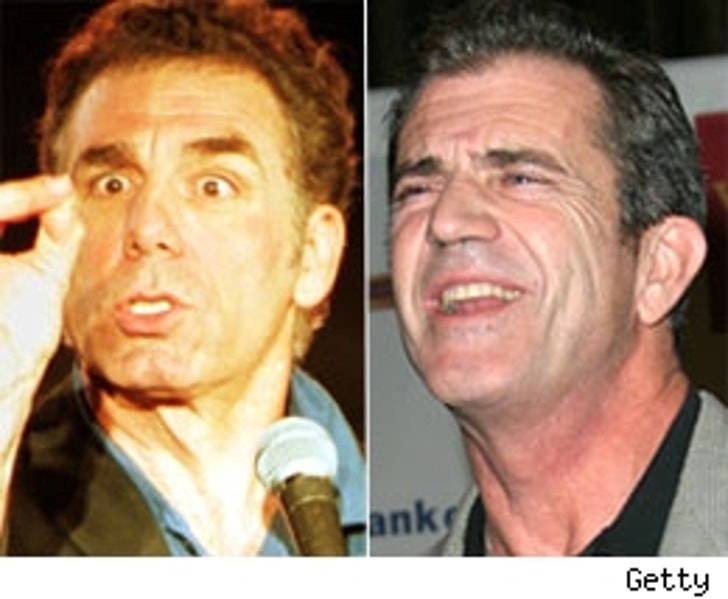 Gibson, infamous for his anti-semitic invective after being pulled over for drunk driving, tells Entertainment Weekly, "I feel really badly for the guy. He was obviously in a state of stress. You don't need to be inebriated to be bent out of shape." Ain't that the truth!

"You don't need to be inebriated to be bent out of shape." --Mel

Regarding Richards' fate in the media, Mel added, "They'll probably torture him for a while and then let him go. I like him." Of course he does.

Looks like Kramer can count on work in a Gibson flick. Perfect pairing.