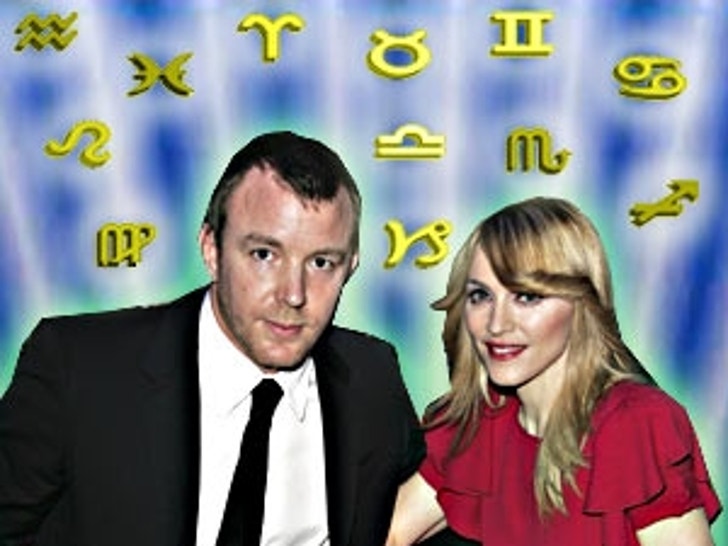 As Madonna and man-toy Guy Ritchie approach their six year wedding anniversary, rumors continue to swirl that their marriage is close to the "borderline." 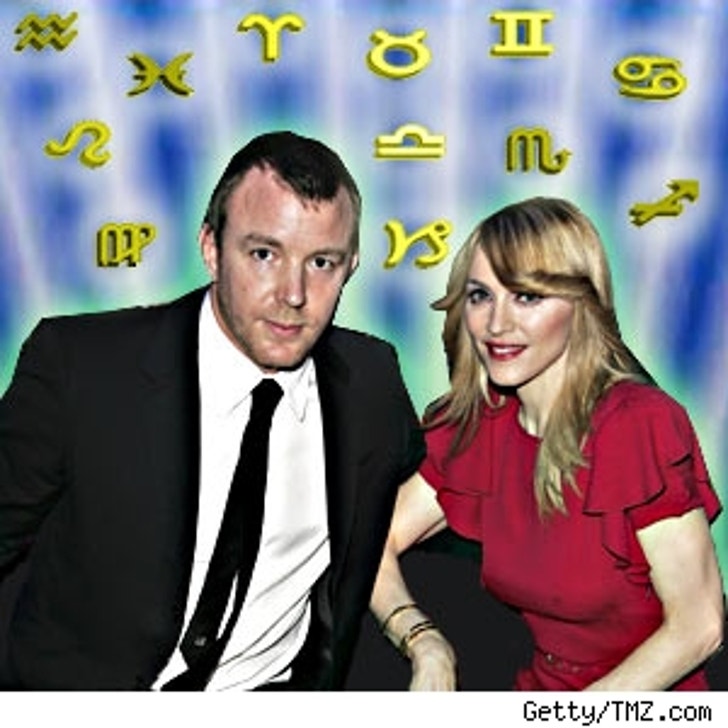 According to AOL Horoscopes, her Madgesty, a Leo born August 16, is someone who wants constant praise. Shocking! Unfortunately, Virgos like Guy tend to be very critical and don't readily give unwarranted praise. Luckily, stars say the duo "could find some common ground in the bedroom." Like a virgin!

While the mother of three is "more likely to quibble over Guy's choice of words than to address the larger issues at hand," Ritchie is still able to make Madonna feel "like she's the center of the universe." Guy knows that hell hath no fury like a Material Girl scorned! Perhaps a vacation on La Isla Bonita would help?

The astrological forecast says that if the Ciccone-Ritchies can make it work until July, their marriage should make it ... and they can justify their love.