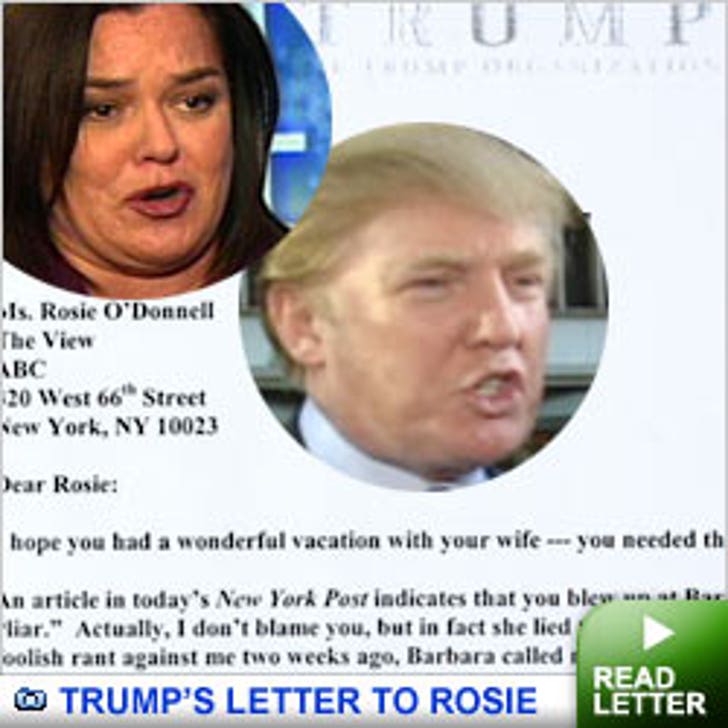 Donald Trump says that Barbara Walters called Rosie O'Donnell a "pig" in a phone conversation and that "she won't be [at "The View"] for long."

Trump sent a letter to Rosie O'Donnell this morning alleging that he and Babwa had a conversation about the Trump-Rosie hostilities while Babwa was on vacation. Trump says that, according to Walters, "working with [Rosie] is like living in hell" and, "Don't worry, she won't be here for long." What's more, Trump says that Walters advised him, "Donald, never get into the mud with pigs."

Donald also tells Rosie that she has "good reason to be angry" at Walters, anger that spilled over in a confrontation yesterday on "The View," prompting two items in New York tabloids this morning. A "View" rep tells TMZ, "Barbara refuses to get dragged into this."

The Donald was kind enough to convey his "warmest regards" to Rosie's partner Kelly, to whom he referred to as Rosie's "wife." 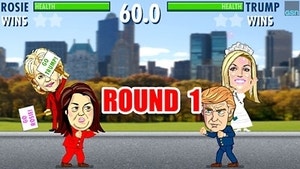 Trump and Rosie Come to Blows!