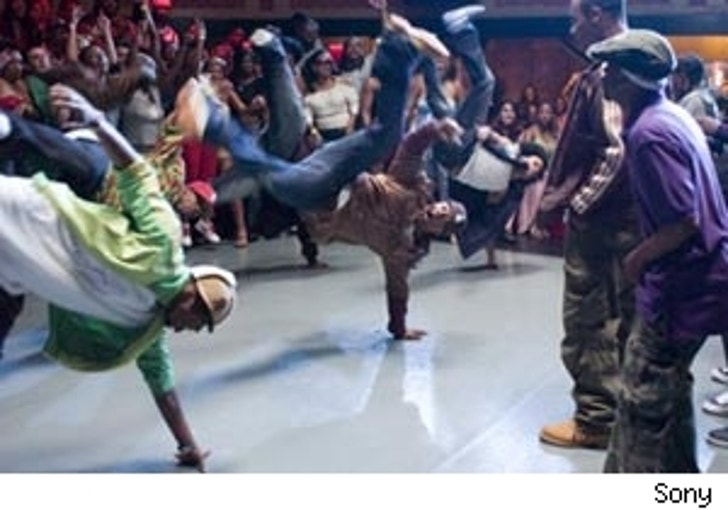 After gang violence and a shooting at one of his theaters last month, the CEO of a theater chain said today that he won't screen "Stomp the Yard," a new Screen Gems movie about step dancing at an African American fraternity that opens on 2,000 screens this weekend.

Still, Kerasotes' decision has sparked a fierce debate with the NAACP -- both within the small-town Illinois community and nationally -- about whether the decision to pull the film is racist, or simply a common-sense public safety measure following an unsolved attempted murder.

True, the shooting occurred at a nominally "white" horror movie, ironically entitled "Black Christmas," prompting some to argue against linking racial demographics to a movie's title. One reader of the Journal Register posted a comment arguing, "The shooting, while sad and disappointing about the safety of our society (sic), had nothing to the with the movie being shown!! If anything, the movie was 'Black Christmas' (which was a white movie) had nothing to do with gang violence."

Well, not quite: As lily-white as its cast was, "Black Christmas" likely attracted a majority of non-Caucasian audiences, at least according to exit polls. Indeed, according to horror specialist New Line Cinema's own market research, horror movies, like "Jason vs. Freddy" and the like, have always had black and Latino audiences vastly outnumbering white theatergoers. Primarily targeted at black audiences, "Stomp" should mirror or even exceed the black demos of a horror flick.

What's more, as Newsweek points out, the general president of the fraternity depicted in "Stomp the Yard," Alpha Phi Alpha, accused the filmmakers of using the frat's symbols "without authorization, and juxtaposing the organization with gang activity." As early as November, he urged fraternity members not to participate, long before the Christmas Day shooting in Springfield. (In the end, producers for "Stomp" had to digitally remove all symbols and references to Alpha Phi Alpha.)

With all that in mind, Kerasotes' decision might be over-cautious, but it hardly seems ill-conceived or overtly racist, but that this is happening in Springfield is beyond ironic: Not many may remember, but Springfield, Illinois is approaching centennial of one of the worst race riots in U.S. history, a repugnant event which ultimately gave birth to the NAACP. Sadly, a hundred years later, Springfield's race fires are clearly still smoldering.

UPDATE!!! Sony spokesman Jim Kennedy just released this statement at 7:23 pm, Thursday evening:"We have spoken with the theater owner in Springfield, Illinois and are pleased that he has agreed to open "Stomp The Yard" on Sunday. This is a film that deserves to be seen by all audiences, because it sends a powerful and uplifting message about the importance of brotherhood, the value of education and the redemptive power of love."