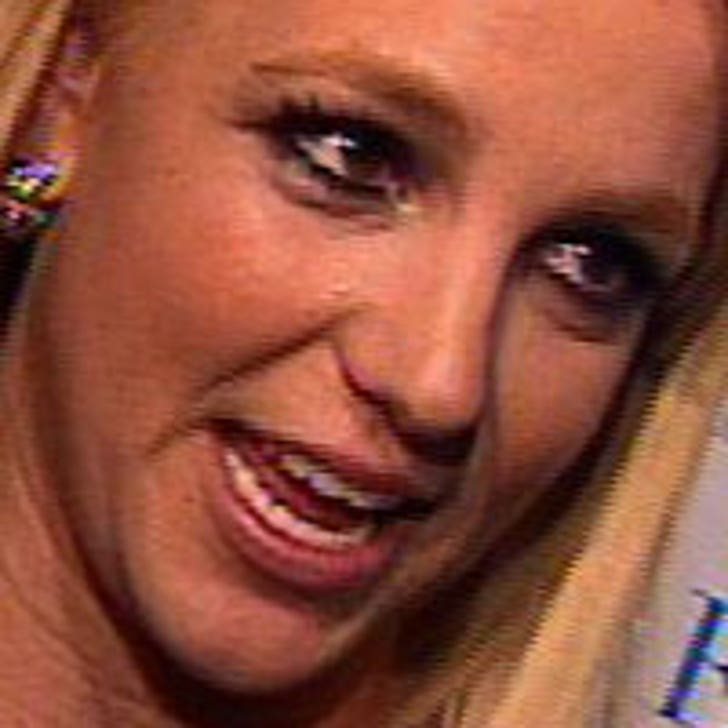 As though she needed any more little ones to look after, Britney Spears just got a new (very little) dog.

Spears went pooch-hunting Wednesday at L.A.'s Pets of Bel Air, and, reports Us Weekly, picked up a miniscule "tea-cup apple head Chihuahua" (not making that up) for $3,200. Of course, as Us points out, she's had three other Chihuahuas before – Lucky, Lacy, and Bit-Bit – but they've all either bit-bitten the dust -- or K-Fed shoved them in his pockets on the way out the door. The latest yap-dog's name? Snow White, at least for now.

Meanwhile, Brit surprised a homeless man at La Cienega Boulevard and Third Street the other day, says Us, when she rolled down her window and handed him $300 in cash. "Good luck and happy new year," she cried, magnanimously.

Former Miss Nevada Katie Rees isn't done giving it up for the cameras – and this time she might be baring it all for Playboy. Page Six reports that Rees turned down "Girls Gone Wild's" Joe Francis, who had offered her $25,000 (and $2 per video sold) to host a special and shoot a video. Now she's in talks with Playboy to do a spread (though the mag's people had no comment). Rees is definitely cashing in on her 15 minutes – TMZ showed you her shoot with a Las Vegas magazine yesterday, and she also agreed to host a gig at the Hard Rock Hotel in Sin City for $10,000 for one night. Wonder if Tara Conner's wishing she'd got canned after all?

Rosie and Trump May Love Each Other Yet

Way back before her nuclear conflict with Donald Trump, Rosie O'Donnell had another, arguably fiercer enemy – Howard Stern. The pair jousted lustily all through the Nineties, but Rosie has talked on "The View" about making up with Stern and now, on her blog at rosie.com, she shows her admiration for the shock jock, and, in particular, his recent $83 million bonus. In her minimalist style, Ro shouts out to Howard – "a business man/artist/leader, impressive ... mr stern/ bravo."

Tom Cruise and Katie Holmes fear that their daughter Suri is a target for kidnappers, says Star. At their wedding, the couple were spotted in Rome with no less than eight bodyguards around them and 200 at the ceremony. No word on whether that feared abduction would be by humans or extraterrestrials ... Bad news for David Spade: Heather Locklear has professed her love for rockers. The former wife of Tommy Lee and Richie Sambora admitted, says People, that she likes the bad boys. What's more, she's officially "single." ... MTV President and Chief Operating Officer Michael Wolf, a former McKinsey consultant who was brought in by former chairman Tom Freston, is out of a job after just 15 months.