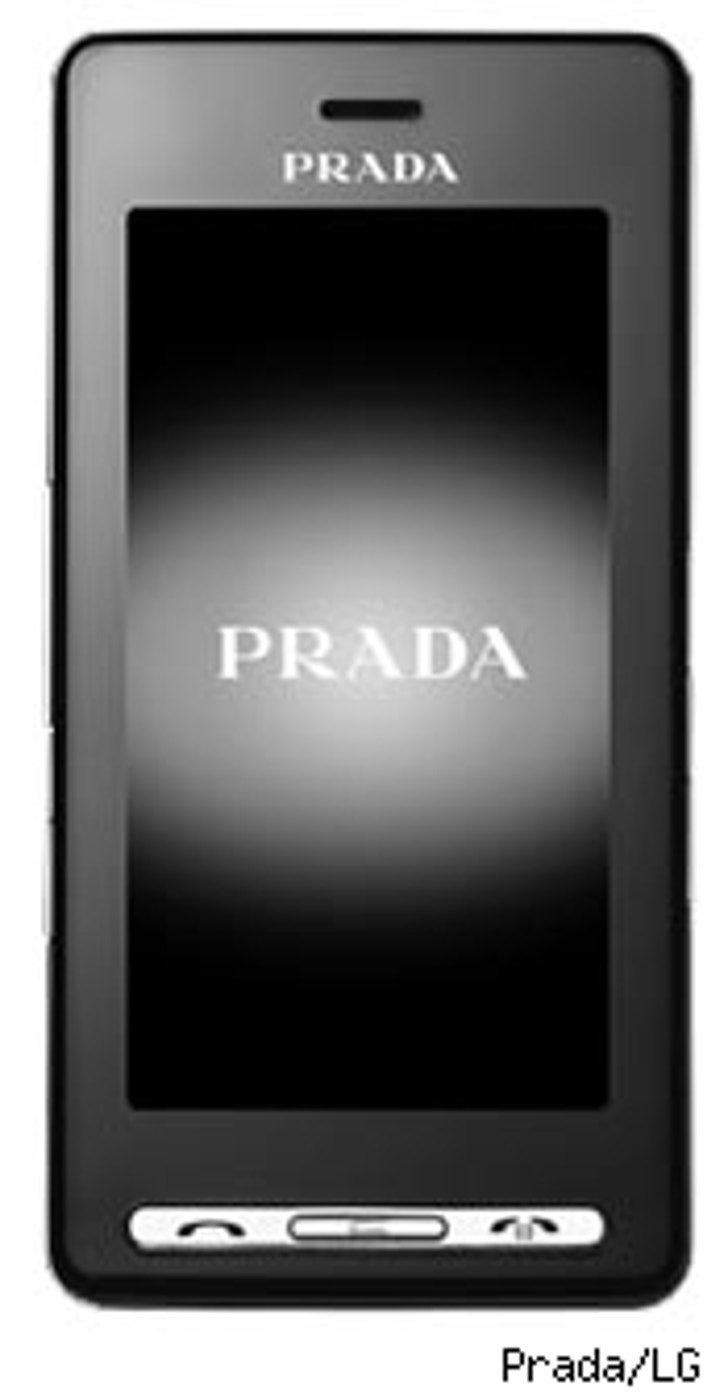 Hot on the heels of Apple's iPhone announcement, LG and Prada have teamed up to release a touchscreen phone of their own.

The full-featured Prada Phone plays MP3s and videos, and has the usual phone features; messaging, phone book and Bluetooth. What sets the phone apart is the sleek touchscreen design (the first completely touchscreen phone to be released) sporting glowing icons that disappear -- when not in use, the screen fades to black. With the Prada branding, it's sure to land in celebrity purses worldwide.

The good news is that it's cool, the bad news is that at $775, it costs more then the upcoming iPhone, but has less features. Here's another catch: LG has no plans to release the phone in the United States. So, unless you plan on flying to Europe in March and you've eight Benjamins to spare -- you're left to admire this phone from afar.