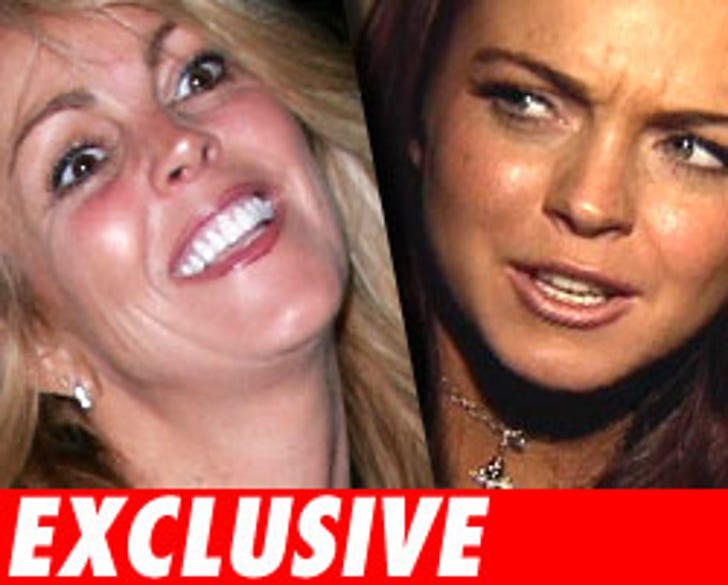 TMZ has learned that Lindsay Lohan left Wonderland -- but only to go to the doctor.

Lohan, a sponsor and a friend left the rehab facility this afternoon to have her incision checked from last week's appendectomy. A source close to Lindsay tells us that as she left the center, several paparazzi went nuts, hoping to get the money shot of Lindsay leaving rehab for good. Sorry guys; she went to the doctor, stopped at the Country Mart in Malibu for a snack and returned to rehab.

As for Lindsay's mom Dina... rather than getting on a plane to be with her daughter, she decided to sit down and run her mouth about her daughter's recovery. In an interview with someone named Gina Glickman from News 12 on Long Island, NY (we haven't heard of her either), Dina says, "...it takes a really strong human being" to enter treatment.

Yeah... how about being a strong mother and being with your kid?