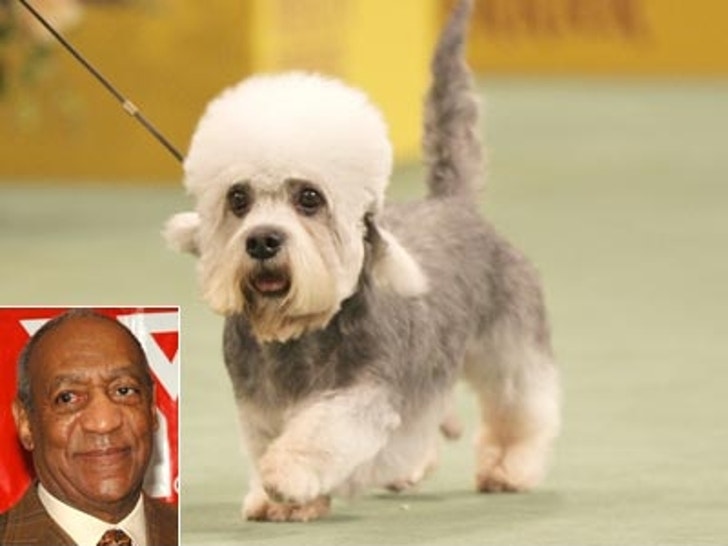 A dog co-owned by comedian Bill Cosby won the Terrier group at the Westminster Kennel Club dog show Monday night. Can you see the family resemblance? 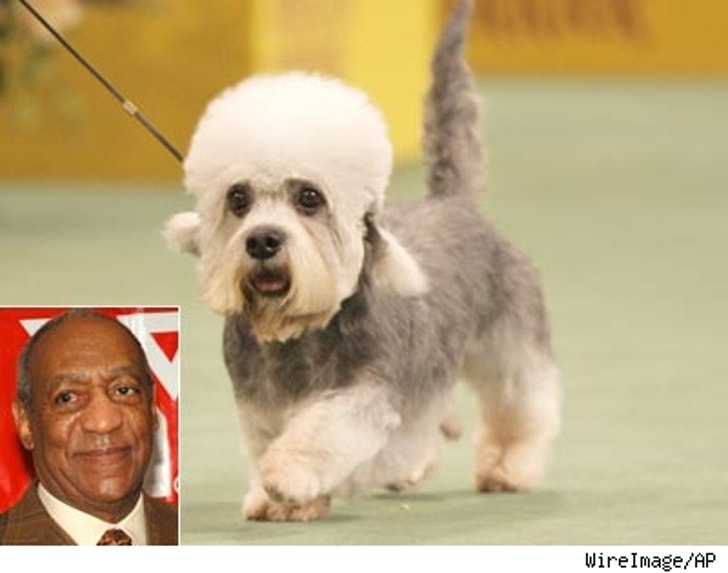 The Dandie Dinmont named Harry is the only one of its kind at the show. The dog is such an odds-on favorite, Cosby himself stayed away yesterday because he was afraid he might jinx it. Do you think that when the dog does well, Cosby gives him a Jell-O Pudding Pop?