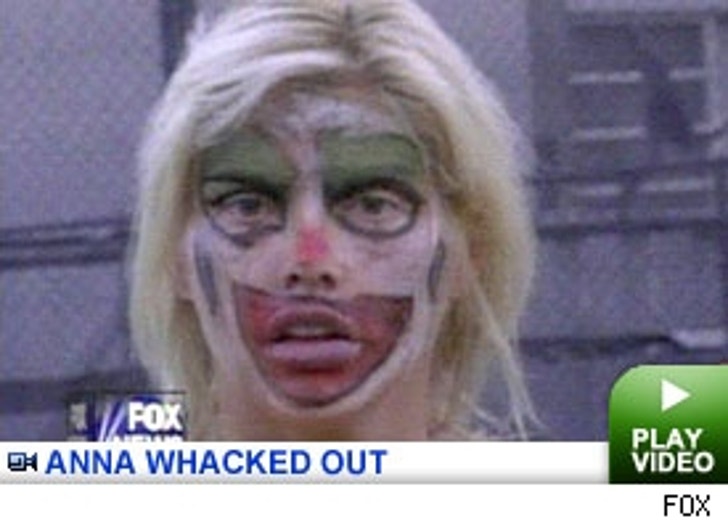 While the principals involved in the battle for Anna Nicole Smith's body duke it out in a Florida court, a stunning new video has surfaced showing a barely functional Anna Nicole Smith, stammering and stuttering, as Howard K. Stern rhapsodizes about how much money the clip will be worth.

The tape, which aired Monday night on Greta Van Susteren's show on FOX News Channel, shows an eight-months pregnant Smith, her face painted like a clown, and clearly stoned out of her mind. As she talks to a doll in a baby carriage as if it's real, Stern repeatedly says, "Is this a mushroom trip?" He then adds, "I'm kidding."

And TMZ has obtained court sketches done during the 2001 trial between E. Pierce Marshall and Anna Nicole Smith. Illustrated by Mona Shafer Edwards 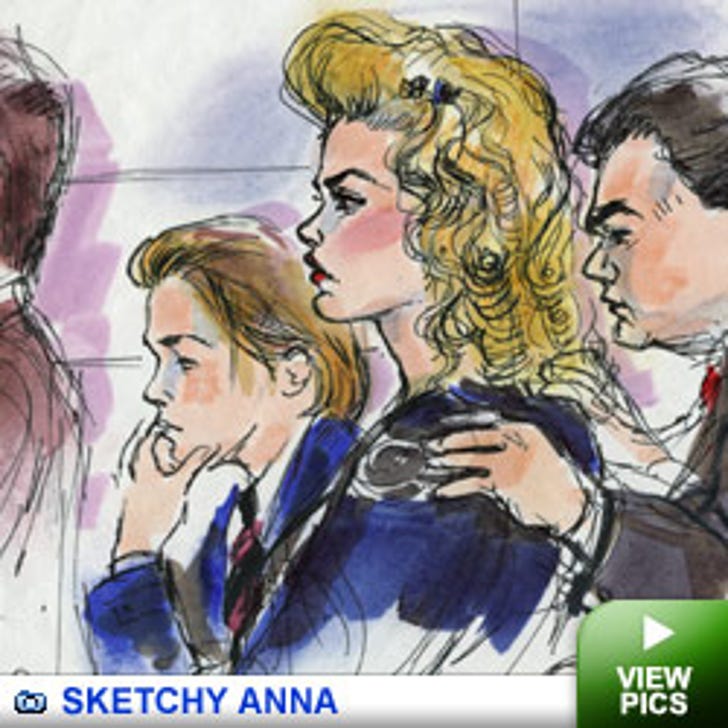 , author of "Captured! Inside the World of Celebrity Trials," you can see Anna Nicole with son Daniel, and with Howard K. Stern during the court battle over her late husband's fortune. 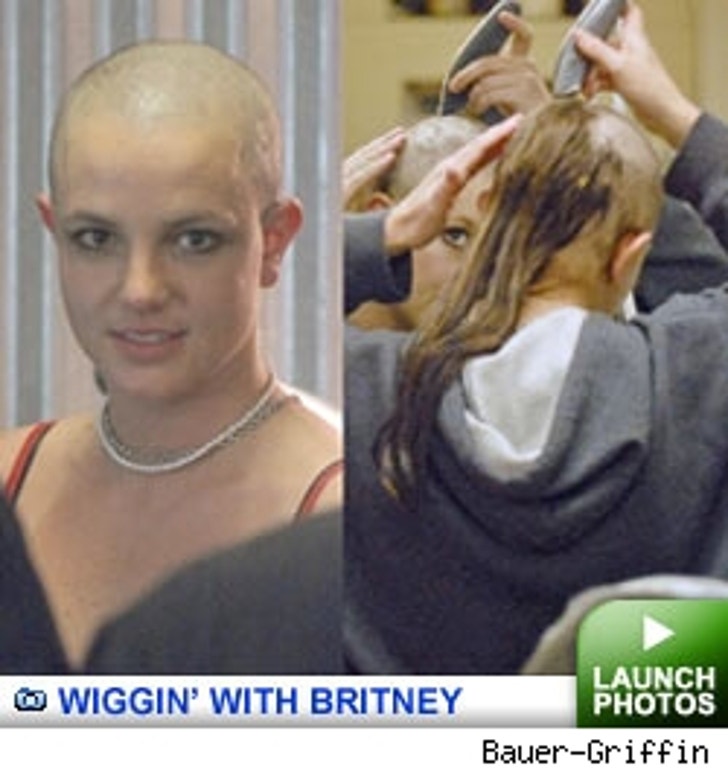 Britney Spears is getting rid of everything she's got -- her hair, her dignity -- and now her home.

The Shaved One just bought a Beverly Hills mansion two months ago, and now she's looking to sell it, according to OK! magazine (via MSNBC). Sources tell the mag that 16-month-old Sean Preston liked living at their Malibu house better, so Brit may be moving back. She bought the six-bedroom spread for $7.2 million, and is offering it up for $7.5 million.

Meanwhile, the New York Daily News reports that Spears' new look is so radically different, that when she turned up at The Roxy on Sunday night, waiters ignored her as she sat alone in a booth. Before that, she spent some "intense discussion" time with her dad Jamie over cups of gumbo at a Cajun joint in Encino, Calif. 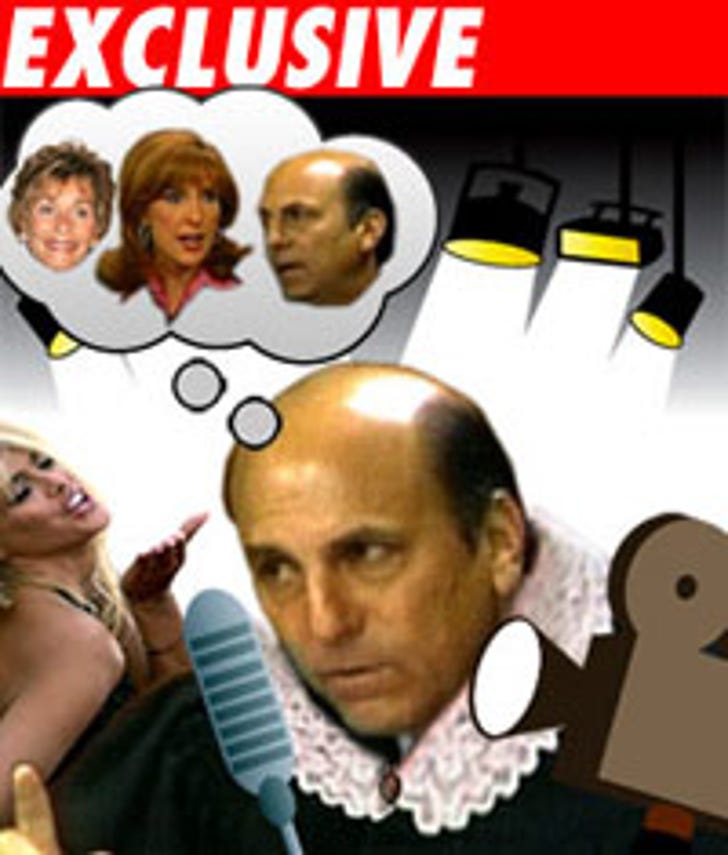 TMZ has learned Judge Larry Seidlin's dream is to become a judge on a TV courtroom show.

The endlessly entertaining Florida judge who is hearing the Anna Nicole case has had a TV show on the brain for months. Sources say Judge Seidlin has even made a demo tape of cases that were recorded in his courtroom.

Judge Seidlin, whose name is so similar to Judge Judy Sheindlin, graduated from night law school in New York. Seidlin was a taxi driver who worked his way through school. At 28, he was the youngest judge to be elected in Broward County. The 56-year-old judge is married with a young daughter.

It looks like Kim Kardashian likes water sports after all. The sex-tape star just signed on to do a teen surfing drama called "Beyond the Break" for Noggin network, says Us. It'll be her first real acting experience, and she'll play "a good girl who is nice until you cross her." ... Speaking of Paris Hilton's BFFs, Nicole Richie didn't show up for Paris Hilton's big 26th birthday bash in Vegas, reports the New York Daily News. Kim Kardashian also didn't get an invite. ... Mel Gibson told an Australian newspaper that if he was doing it all over again, he wouldn't have gotten into acting, and he'd tell his kids not to get into it either. "I'd be a doctor or chef," says Mel.