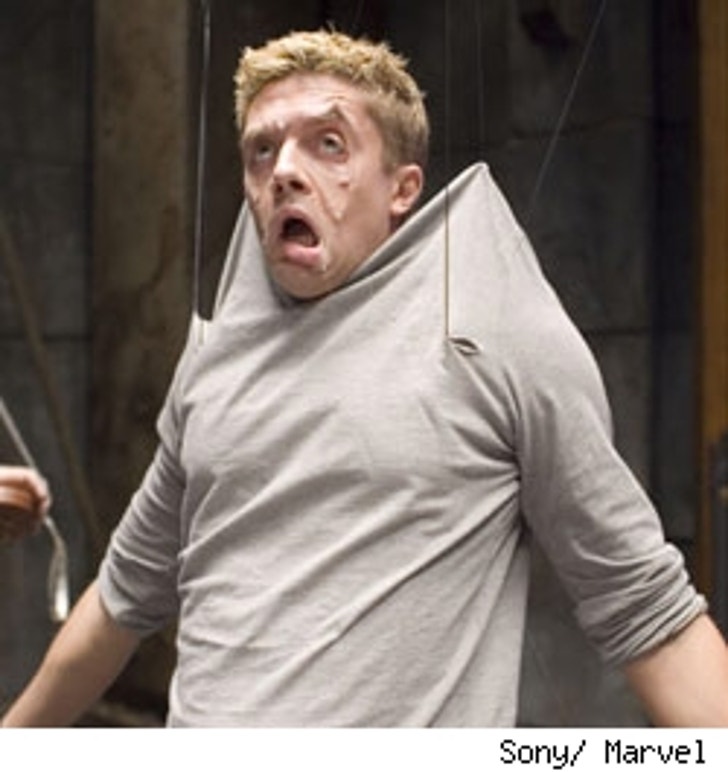 We're clearly into some sticky times for the movie business. As if piracy of actual films wasn't a big enough headache, Sony Pictures today somehow lost proprietary visual effects stills of a new "Spider-man" villain, aka Topher Grace. The stills popped up on fan-obssessed sites like Ain't It Cool News and Filmwad.

What's more troubling, websites seem not to care when they've infringed, leaving it to Sony to play defense on it's $300 million investment in the forthcoming "Spider-man 3."

Viz, Filmwad writes, "UPDATE! WE'VE GOT THE PHOTOS. CHECK IT OUT BEFORE SONY JUMPS ON US!"

In other words, before a studio corporate lawyer sends a cease-and-desist letter, or worse, subpoenas.

The threat of subpoenas is really the only trick film studios have left in their bags, and it's the legal equivalent of killing a cockroach with a sledgehammer. For example, billionaire Mark Cuban, who also owns the indie studio Magnolia Pictures, today subpoenaed Google over YouTube's constant use of its copyrighted films.

Viz, "We've had a real problem with it," Magnolia president Eamonn Bowles told the Hollywood Reporter. "Our films 'The Host' and 'Jesus Camp' have been up there many times. There's software that can find pornography -- that they seem to be able to take down."

It's clearly throw-down time at the studios. Steal the candy, meet the lawyers, kids.