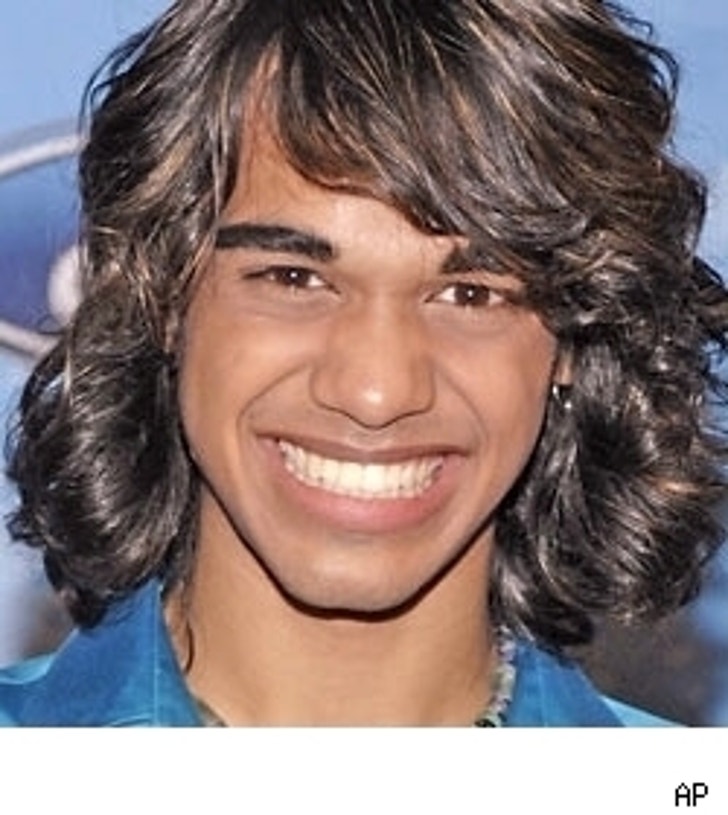 A woman on MySpace feels so strongly that Sanjaya Malakar does not belong on "American Idol" -- that she is starving herself until he is voted off the show!

Identifying herself only as "J," she is now four days into a hunger strike, saying, "I have no problems with Sanjaya personally, he seems like a very personable and charming young man. However, he does NOT belong on 'American Idol.'" Preach it, sister!

After Tuesday night's episode, "J" wrote, "Sanjaya did come out of his shell a bit tonight like the judges said. However, his voice was horrific. He screamed through the entire song and jumped around like a manic person. Nice kid, nice kid, but not for 'American Idol.'"

"J" says she is definitely hungry now, but is drinking a lot of fluids. She also says she is "having slight hallucinations." It's almost like watching him without fasting.