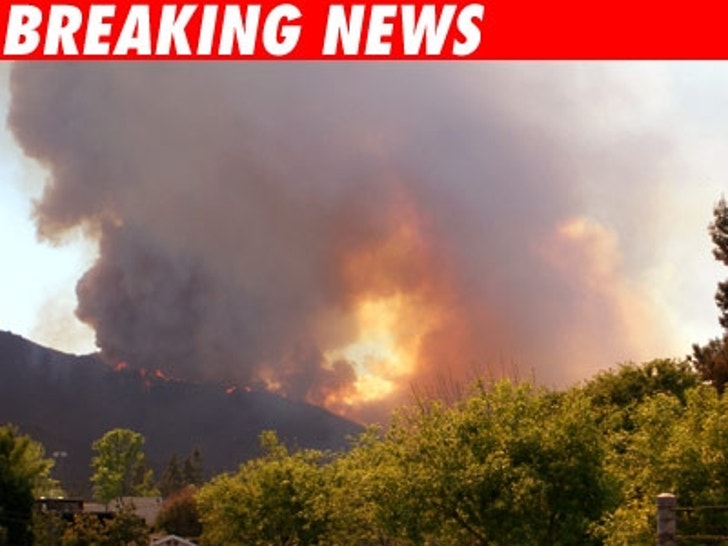 A fast-moving brush fire is burning high in the Hollywood Hills, dangerously close to both Universal and Warner Bros. studios. Thank goodness for the water tower. 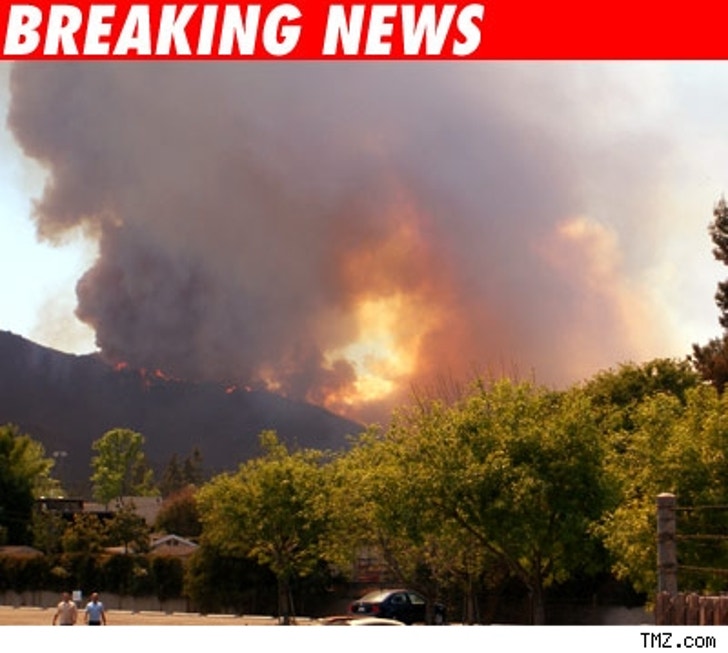 Thick clouds of smoke have filled the skies over Burbank, Universal City and Glendale as firefighters work to quell the blaze.

The fire is burning on the other side of the mountain from the famed landmark Hollywood sign. Los Angeles has had a record dry winter, leaving the hills a veritable tinderbox.