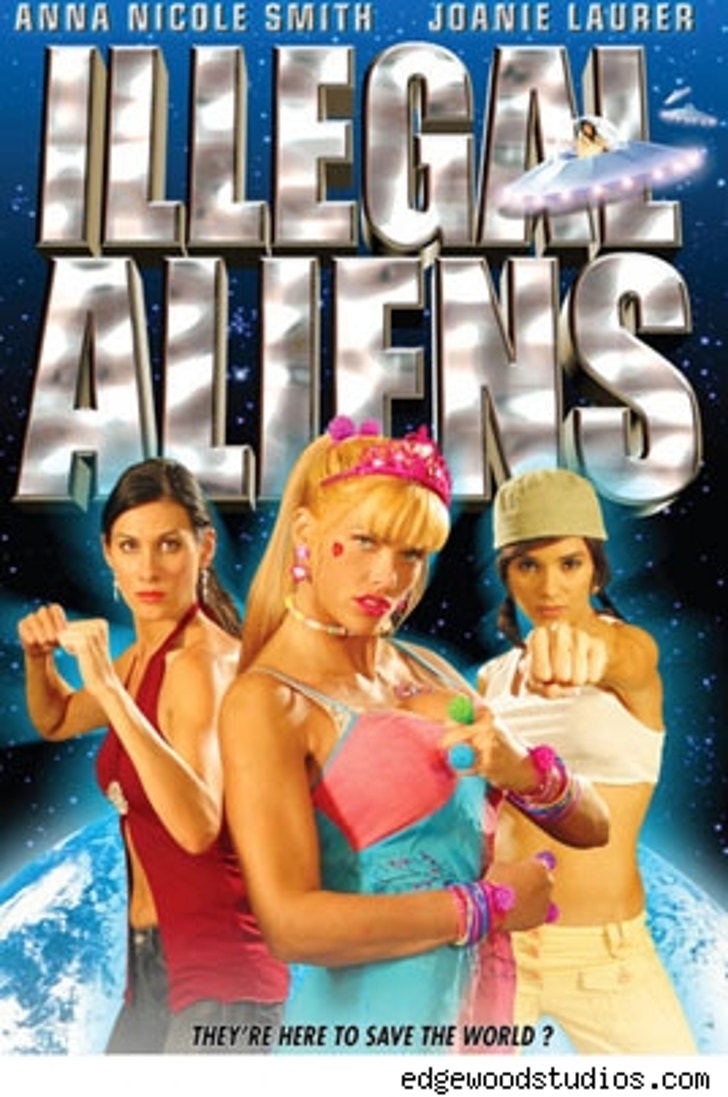 Anna Nicole Smith's last film, "Illegal Aliens," will make its world premiere next month at the Cannes Film Festival -- after it's released on DVD in the U.S. on May 1. Doh!

Initially, the sci-fi "comedy" was scheduled to debut in April, but Anna's untimely death left the release date up in the air.

In the movie, Anna is one of three aliens who "morph into super-hot babes and arrive to protect the earth from the intergalactic forces of evil." The cinematic gem's stellar cast also includes Joanie "Chyna Doll" Laurer and "Dynasty" star John James. For your consideration.

Even though the film is screening "out of competition," it's sure to add to the freakish pandemonium associated with the French film fest. Book your flight now!