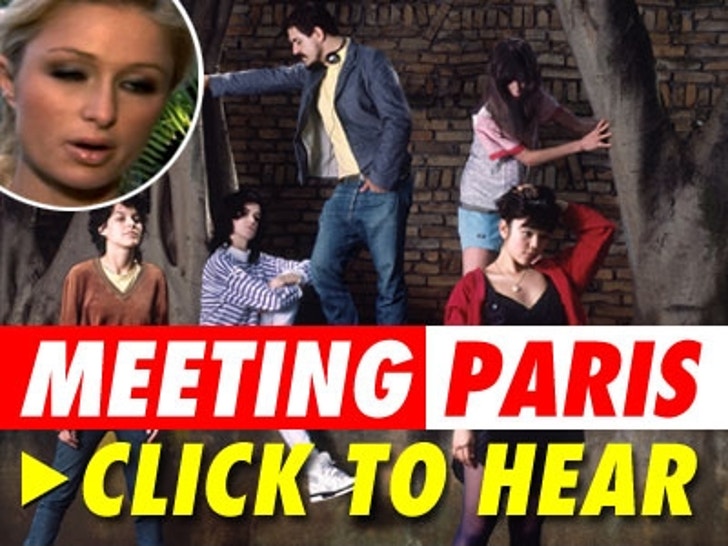 Just when you thought it was safe to turn on the radio, another Paris Hilton song has emerged. Luckily, this latest dance ditty is about Paris, not sung by her! 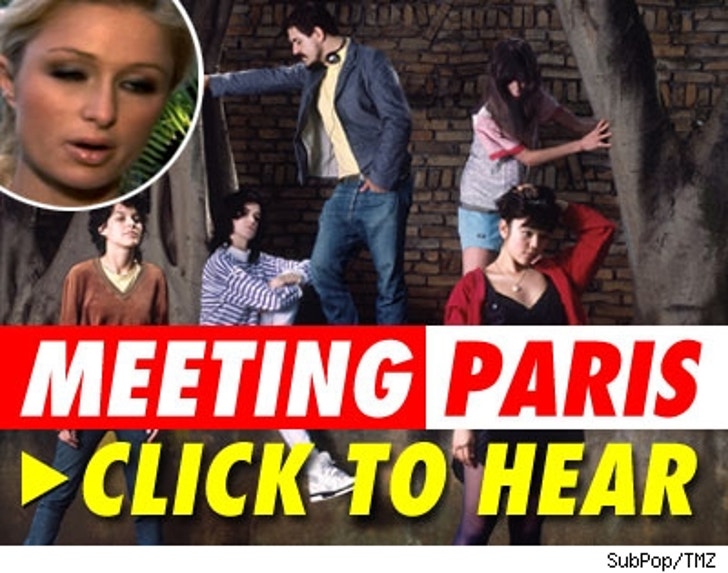 "Meeting Paris Hilton" is a bitchin' new track by up-and-coming Brazilian electro-rock group Cansei de Ser Sexy (CSS), Portuguese for "tired of being sexy," whose lyrics never mention the hotel heiress by name but do feature the word "bitch" over 20 times. That's hot!

TMZ contacted CSS, who said they came up with the song a while back because,"We were really excited about Paris Hilton three years ago, before the sex tape." Ah, the good 'ol days! When asked if they consider Paris a bitch, a member of CSS said, "Is it good to be a bitch? If it is, I think she is." No question about it!

While the band has never really met Paris Hilton, CSS is performing at the Coachella Music Festival on Sunday. So if the rich bitch decides to make the two-hour drive from Los Angeles, a serenade may be in order!