Paris Hilton's not going to be anyone's bitch when she goes to jail. 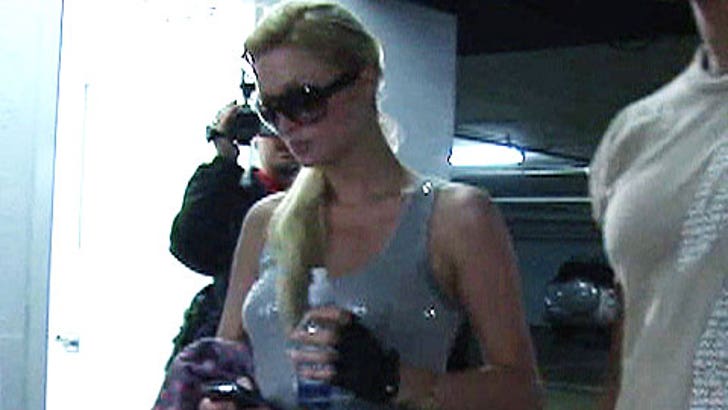 TMZ caught the soon-to-be inmate leaving her West Hollywood gym yesterday, after an iron-pumping session with a jacked-up, do-rag-sporting trainer. It's a far stretch from her next fitness center -- a bench-press station in the exercise yard.

Paris was likely working her muscles during the session, as she emerged with some black weightlifting gloves, however, with Paris they have been a fashion statement.

Hilton wisely rode shotgun as her hunky trainer took the wheel and drove them away -- blasting a few tunes from the ever-popular Paris Hilton album. Aren't you supposed to listen to music that makes you angry before a workout?