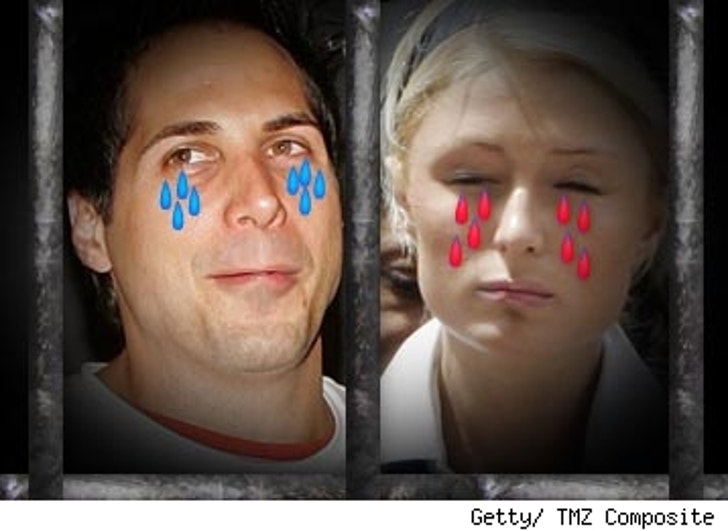 If Paris Hilton thinks jail is going to be a walk in the park, she might want to ask her porny pal Joe Francis about his stay in the slammer. Sources inside the Florida jail (that he's called home for the past 32 days) say he's cried "every day" since he's been there. Poor baby!

TMZ has learned that Francis is about to be released from Bay County Jail in Panama City, Fla. -- but will go straight into the hands of the Feds, who will take him to Nevada to face tax evasion charges. We're told that Federal prison will actually be a welcome relief for Francis, whose recent month in Panama City is a far cry from the beach, beer-bong and babe-filled days of yore in the same town, as the jail facility is old, "extremely uncomfortable," and prone to "terrible" leaks during any kind of rainstorm.

TMZ reported last month that a death row inmate had been taunting Francis, and that he was "breaking down" under the constant harangue. Francis is scheduled to face a Florida judge tomorrow, on charges of using minors in sexual performance, but he might be taken to Nevada even before then, as he's waived his right to appear in pre-trial hearings.