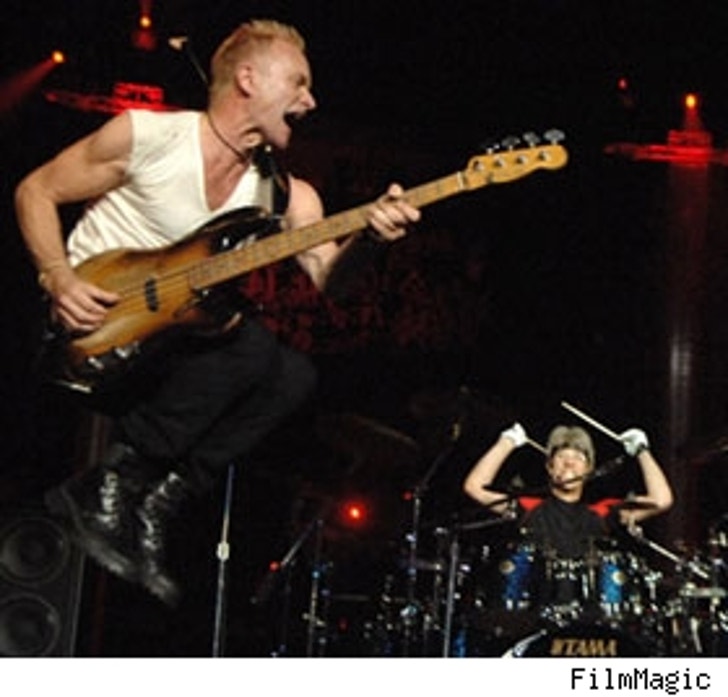 The Police are getting savaged for a craptacularly "lame" performance on their comeback tour -- by their own drummer, no less, who's also slamming the band's bassist and lead singer (some guy named Sting) for a flubbed jump.

Stewart Copeland vents -- at length -- on his personal website about the band's Wednesday night gig in Vancouver, just the second on their big comeback tour, when a slew of miscues and musical mishaps result in what Copeland thinks is an "ubeLIEVably [sic] lame" show. Copeland complains that he and the band can't get any synchronicity on their opening number, "Message in a Bottle," and then rolls his eyes at Sting as he can't quite get a dramatic leap timed correctly. "The mighty Sting momentarily looks like a petulant pansy instead of the god of rock."

To be fair, Copeland doesn't spare himself the rod, saying he made "a complete hash" of a time-change in "Walking on the Moon," and in the end, everyone's happy. "We fall into each other's arms laughing hysterically," says Copeland.