Gunshots rang out in front of one of the most celeb-packed hotspots in Hollywood last night, leaving one man bleeding from a bullet wound and shattered concrete -- littering the entrance where stars like Britney Spears, Paris Hilton and Lindsay Lohan often check in. 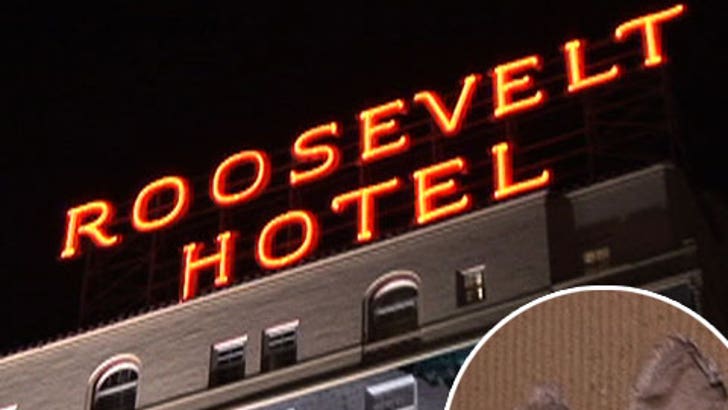 A short while after our cameras caught Kathy Griffin walking out of Teddys at the Roosevelt Hotel on Hollywood Blvd., someone inside a passing vehicle opened fire toward the club. As the panicked crowd ducked for cover, the lead continued to fly. On this video, a bullet can be heard whizzing past our cameraman's head as he continues to roll. At least one person was injured after he was struck by debris on the side of his stomach. Other bullets connected with the front entrance, where several chunks of concrete were blasted out of the walls.

The LAPD is currently investigating the incident. So far, no arrests have been made.