They walk alike, they look alike, and after giving an impromptu press conference in front of Koi restaurant in West Hollywood last night, David Spade says he knows exactly what it feels like to be Larry Birkhead. All he needs is a baby daughter and a shave and the two would be identical. 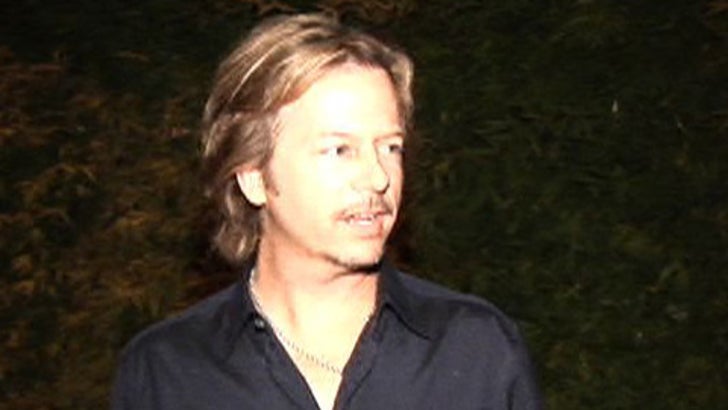 Across town, television stars from all generations reunited at the LG Mobile TV Party on the Paramount lot. The event celebrated all kinds of TV history, and brought out the B, C and D-listers. Former "90210" vixen Shannen Doherty was in attendance, and "Desperate Housewives" hottie Josh Henderson was seen hanging out with "The Hills" star Lauren Conrad. The beach blonde pair left the party together and headed to Privilege.

All this and more in today's TV Guide Crossword edition of Star Catcher.