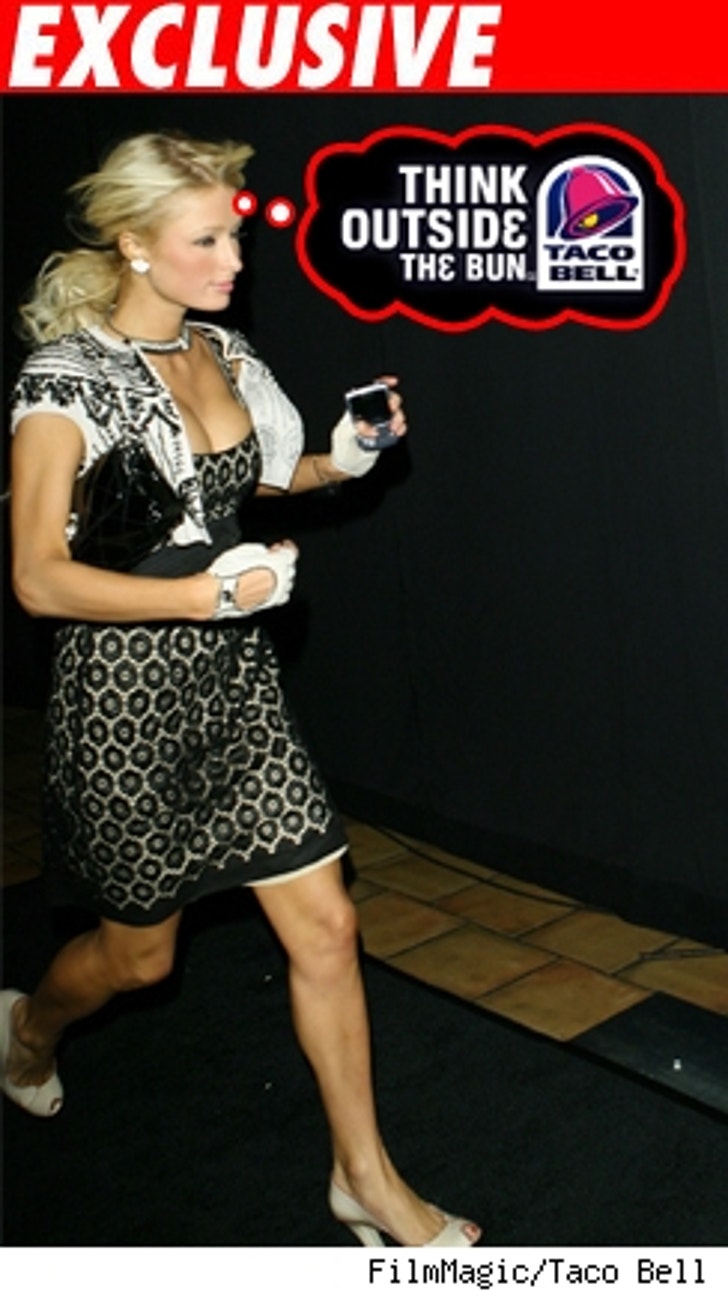 Drop the Chalupa! TMZ has learned Paris Hilton wants Taco Bell in the worst way when she gets out of jail.

Paris' family has said the soon-to-be-ex-jailbird is craving a Fourth Meal. While we have not confirmed if her choice will be Nachos BellGrande or a Taco Supreme, cameras have caught Hilton at Taco Bell in the past. Now she will return to the scene of the crime.