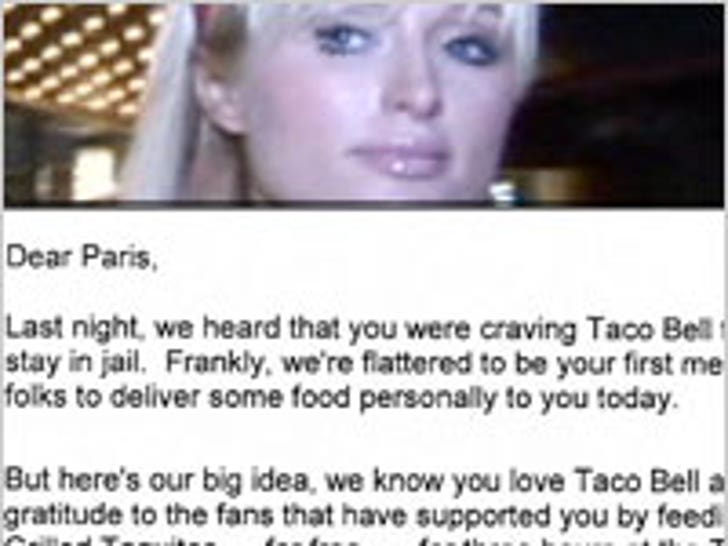 As word of Paris Hilton's Taco Bell craving reached los honchos grandes at the fast food company via TMZ, it was only a matter of hours before the burrito slingers were knocking down the heiress' door to stuff her face with bean-stuffed goodies. 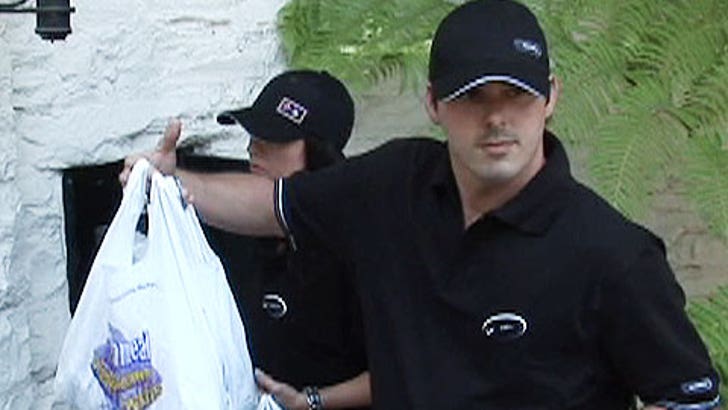 TMZ obtained a letter from Taco Bell President Greg Creed to Paris, informing her of a special delivery he ordered sent to La Casa Hilton. Unfortunately, the tacos never made it past the front gates. Pobrecita! 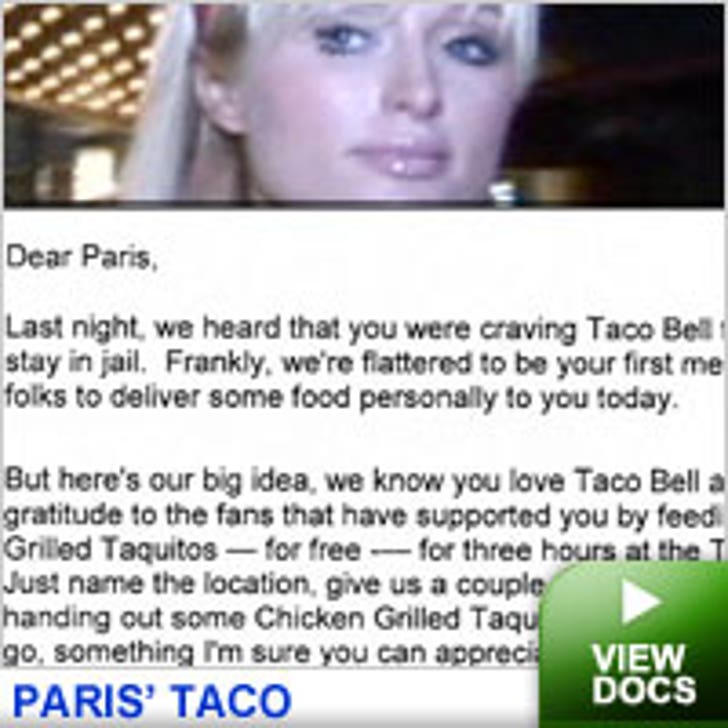 Gotta hand it to Taco Bell -- they certainly do think outside the bun!